Target to Pay Out $18.5 Million for Data Breech

Target to Pay Out $18.5 Million for Data Breech

The Target Corporation agreed to pay $18.5 million to settle claims by 47 states and the District of Columbia to resolve the states' investigation into the retail company's 2013 data breach. The breach affected more than 41 million customer payment card accounts and exposed contact information for more than 60 million customers.

According to a statement from New York Attorney General Eric T. Schneiderman, the agreement represents the largest multistate data breach settlement achieved to date and will bring $635,224.33 to New York State.

In addition to the monetary payment to the states, the settlement requires Target to develop, implement, and maintain a comprehensive information security program and to employ an executive or officer who is responsible for executing the plan. The company is required to hire an independent, qualified third-party to conduct a comprehensive security assessment.

The settlement further requires Target to maintain and support software on its network and to maintain appropriate encryption policies, particularly as pertains to cardholder and personal information data. The agreement also requires the corporation to segment its cardholder data from the rest of its computer network and to undertake steps to control access to its network, including implementing password rotation policies and two-factor authentication for certain accounts.

In December 2013, following a recommendation from the New York Attorney General’s Office, Target agreed to provide free credit monitoring to potential victims of the data breach in New York. 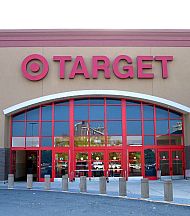 "New Yorkers need to know that when they shop, their data will be protected,” said Attorney General Schneiderman. “This settlement marks an important win for New Yorkers – bringing over $635,000 into the state, in addition to the free credit monitoring services for those impacted by the data breach, and key security improvements to help protect Target consumers moving forward."

The states' investigation—led by the Attorneys General of Connecticut and Illinois—found that in November of 2013, cyber attackers accessed Target's gateway server through credentials stolen from a third-party vendor. The credentials were then used to exploit weaknesses in Target's system, which allowed the attackers to access a customer service database and to install malware on the system that was used to capture consumer data, including full names, telephone numbers, email and mailing addresses, payment card numbers, expiration dates, CVV1 codes, and encrypted debit PINs.