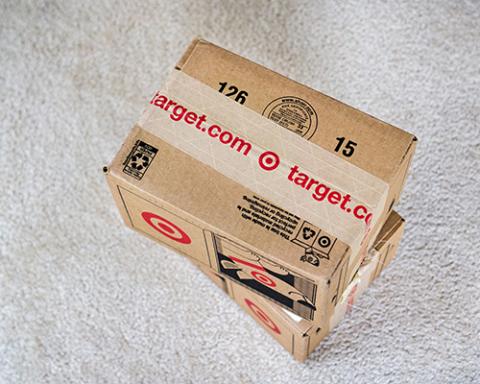 Like most retailers, Target is heading into the holiday season with a new, untested playbook, and it’s going to officially kick off its holiday promotions earlier than usual as part of it.

It’s a trend that we can expect to see moving forward, as the modern retail calendar receives its biggest shift in history thanks to both COVID-19 disruption and the decision by Amazon to move its annual Prime Day event from the summer to the fall.

“We are literally watching, right before our eyes, the retail calendar change. It’s a really big deal,” Marshal Cohen, chief industry advisor, retail, at The NPD Group, noted to RIS.

No. 8 retailer Target said it will offer holiday discounts online and in stores beginning in October, citing a desire to help consumers avoid crowds as one reason for starting so early. And while consumer comfort levels with visiting stores will vary depending upon location, Cohen expects they’ll be ready to engage in stores again come the holiday season.

Even with an expected second wave of the coronavirus potentially throwing a monkey wrench in the works, the pent-up demand from consumers and the expected government stimulus money makes for a positive outlook, he said.

Target, which suffered a disappointing holiday season last year and subsequently enacted a series of leadership changes, will also close stores on Thanksgiving. The move aligns it with such other retailers as Walmart and Dick’s Sporting Goods, both of which have announced they will keep their doors shut on Turkey Day. Walmart will close both its stores and Sam’s Club locations, while Dick’s Sporting Goods will close all 700-plus stores and distribution centers, reversing its tradition of opening on Thursday evening.

With social distancing mandates not conducive to Black Friday doorbusters — and retailers increasingly mindful of both the optics and the realities of properly supporting their associates during the pandemic — flinging the doors open bright and early on Thanksgiving is a gesture unlikely to be received as favorably as in years past. What’s more, both Walmart and Dick’s have stated they will operate normal hours on the Wednesday before.

However, “while the pandemic may have tightened family budgets’ this year, big box retailers are likely to still see high holiday revenue as stores like Walmart, Target and Best Buy continue to lead the charge in online traffic,” Diamand said.

In addition to starting holiday promotions early, Target will also expand its offering of products available for pickup and delivery to 20,000 more items, with fresh and frozen grocery items available at 1,500 locations via Order Pickup and Drive Up this fall. The execution appears a bit ahead of schedule as the retailer previously promised availability to this number of locations by the holidays.

It’s these investments in its fulfillment services that will drive retailers to the greatest success during Q4, said Cohen, not only because they’re providing the convenience factor consumers have come to expect, but also because they’ve developed the skills required for the “digital dialogue.”

This dialogue not only communicates to consumers the information they need to purchase a product sight-unseen, but it also remembers who they are, making it easy to replenish or complement their purchase.

“Understanding who I am and what I need form a personal contact level is critical. That makes it ‘My Site,’ not just ‘a site,’” Cohen said.

Tom Caporaso, Clarus Commerce CEO, noted that while in-store shopping may see lower foot traffic, almost a quarter of millennials have already begun purchasing gifts. “We may see brands debuting new programs or perks in their loyalty offerings, as 33% of consumers are motivated to enroll in loyalty programs specifically for holiday discounts,” he said. “While e-commerce will be leaning on free shipping to stay competitive, premium loyalty perks related to physical store traffic will include more curbside pickup, buy online pick up in store, and strategies to keep shoppers safe during the season."