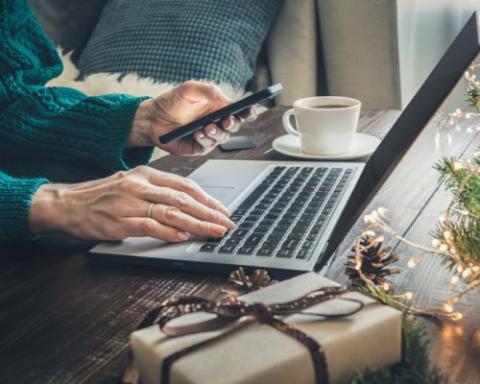 With consumer traffic moving to online channels, the number of in-store shoppers on Thanksgiving Day dropped by 55% from last year and those on Black Friday dropped by 37%, NRF said.

Forty-four percent more consumers shopped online only over Thanksgiving weekend this year compared to last year, according to an annual survey released by the National Retail Federation (NRF) and Prosper Insights & Analytics. Additionally, from Black Friday through Cyber Monday across Amazon stores worldwide, independent businesses—nearly all of which are small- and medium-sized businesses (SMBs) — surpassed $4.8 billion in worldwide sales, an increase of over 60% from last year, according to the retailer.

“As expected, consumers have embraced an earlier start to the holiday shopping season, but many were also prepared to embrace a long-standing tradition of turning out online and in stores over Thanksgiving weekend to make gift purchases for family and friends,” said NRF President and CEO Matthew Shay.

Amazon, which kicked off the holiday season earlier than ever, just after Prime Day with deals starting in October, said that, through Cyber Monday, 2020 has been the largest holiday shopping season so far in the company’s history.

“In a holiday season unlike any other, it’s clear that customers still want great deals on gifts for their loved ones or a little something extra for themselves, and we’re glad to help deliver smiles throughout the season,” said Jeff Wilke, CEO, Amazon Worldwide Consumer. “Thank you to our customers, employees, and selling partners around the world for making this our biggest holiday season to date, and for everything you’re doing to support our communities and each other now and throughout the year.”