Department store retailers continue to battle to win the hearts of consumers, while undergoing digital transformation as shopping habits change. Winning department store chains are ramping up loyalty programs, marketing programs, and merchandising efforts to get ahead, while simultaneously investing in the retail technology trends that bring seamless omnichannel shopping to life. They have found that unified inventory and anywhere, anyhow fulfillment is making not only making shopping easier for customers, but also leading to bigger basket size and greater profitability. As Amazon continues to offer retailers competition and consumers become more accustomed to one-day and even same-day delivery, only those retailers that are able to remain nimble and continue to invest in technology will thrive in this new retail reality.

For the second straight year RIS ranked the top 100 publically traded retailers. The report, produced in conjunction with our research partner Gary A. Williams, CEO, wRatings, examines more than 300 publicly traded global retailers and ranks them according to the percentage of the total retail marketplace they capture. The resulting list is a who’s who of the global retail marketplace ranked on their economic might.

The Top 100 ranking, available here, explored the entire retail landscape. This article provides a deep dive into the five department store chains that scored highest in the report. On the right, is a full list of all the department store retailers that cracked the top 100, below is an in-depth look at the performance of the top five and the technology they rely upon to retain their market-leading positions.

Walmart finished in 1st place overall in the Top 100 ranking.

For the second year in a row Walmart tops not just the top department store rankings, but the overall rankings of all 100 retailers. The world’s biggest retailer collects a whopping 16% of the retail market, which is actually down from the 17% of market share observed last year. However, Walmart grew its revenue to $515 billion over the past year, doubling second place finisher Apple’s revenue take, and turned a $129 billion profit, besting Apple by more than $20 billion. Walmart stays ahead by testing new concepts, and has been working this year to scale autonomous robots in stores, delve into practical store of the future solutions, leverage virtual reality (VR) solutions in employee training, and roll out one-day shipping to aggressively compete with Amazon. Walmart surpassed 1,100 grocery delivery locations and more than 2,700 pickup locations in the U.S. in its second quarter 2020, while also expanding its NextDay delivery service to around 75% of the U.S. population. Online grocery growth helped boost its U.S. e-commerce sales 37% in the quarter, holding steady from its previous quarter. Total market share: 16%

Target finished in 7th place overall in the Top 100 ranking.

Of Target’s $76 billion in revenue, up more than $3 billion from last year, $22 billion drops to the bottom line. The massive retailer is aggressively reinvesting its profits in future success. The retailer is in the midst of a massive store remodel that will see 1,000 of its stores redesigned and updated by 2020. No two stores will be exactly alike, as Target is redesigning the tech-filled facilities to meet the wants and needs of local consumers. In addition to redesigning and upgrading its stores, Target has been moving to utilize stores as fulfillment centers and now it’s beginning to see the impact of its same-day digital fulfillment services. As it races to compete with Amazon, Target has implemented same-day services which consist of in-store pickup; drive-up, now at more than 1,550 stores; and same-day delivery through Shipt. The three combined accounted for more than a third of Target’s digital sales in its second quarter 2019, up from about 20% last year. Total market share: 2.4%

TJX finished in 14th place overall in the Top 100 ranking.

Consumers’ love of a deal has been a boon for TJX’s (Marshalls, TJ Maxx, and Home Goods) treasure hunt experience. Not only is TJX the leader in the off-price segment, its position on the top 100 list and total market share has remained the same since last year. Its profit increased slightly, to almost $12 billion, up from around $10.3 billion in 2018. In Q2 2020, comp sales increased 2% over last year's 6% increase, thanks to continued increases in customer traffic. The retailer’s current success centers on its ability to attract consumers across all age groups, while gaining new younger customers. Its sales and customer traffic increases underscore the enduring appeal of off-price retail and the treasure-hunt shopping experience. Total market share: 1.2%

Macy's finished in 16th place overall in the Top 100 ranking.

Macy’s has been hard at work this last year aiming to transform its business. It began moving its infrastructure to the cloud to streamline retail operational functions, rolling out virtual reality experiences to stores, and launching narrative-driven retail concept shop STORY in stores. Macy’s also plans to invest approximately $1 billion in 2019 in strategies such as mobile tech. Despite its ongoing investment, the iconic American department store brand has not been immune to the struggles plaguing retailers, dropping this year to the 19th position, down from 16 on our top 100 list in 2018. It was the only department store chain in the top 5 to slip. Notably, profits held at just under $10.7 billion. Total market share: .78%

Kohl's finished in 21st place overall in the Top 100 ranking.

Kohl’s is reimagining the department store in the days of Amazon and rather than compete with the e-commerce behemoth, Kohl’s decided to partner with it. In July the retailer Kohl's completed its nationwide rollout of its Amazon returns program, in which shoppers can return Amazon orders in stores and Kohl’s will pack, label and ship the return for free. Michelle Gass called the program a “great example of our innovative spirit” recently and said Kohl’s expects its upcoming brand launches, program expansions, and increased traffic from the Amazon returns program to incrementally contribute to its performance during the balance of the year and beyond. This year Kohl’s also exited its foray into the discount segment, shutting down all four of its Off/Aisle discount stores. Total market share: .63%

Research partner Gary A. Williams, CEO, wRatings, examined the financial metrics of 319 publicly traded retailers. The economic data is from a 12-month period ending on June 30, 2019. The percent of retail market share was calculated against a total retail market of around $3.2 trillion. The research ranked retailers across the specialty, apparel, department store, grocery and e-commerce segments. 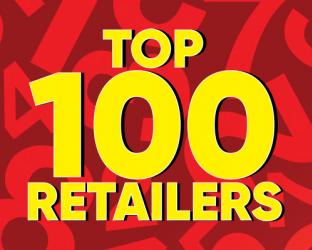 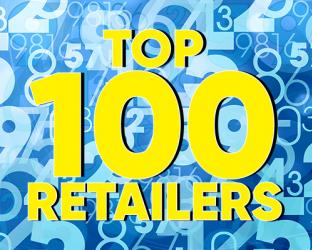