12/12/2016
Get great content like this right in your inbox.
Subscribe
To say the least, 2016 has been an eventful year characterized by unexpected developments, including Brexit and its wide-ranging ramifications and a few months later, the election of Donald Trump as the next president of the United states. Both have left textile and apparel industry pundits wondering what the year 2017 will hold for them.

While Brexit shocked global suppliers to the European Union (EU) who have yet to figure out how it will impact their exports to the EU and the United Kingdom, an even bigger question comes with respect to access to the U.S. market, the world's biggest destination for textile and garment exports in value terms.  These suppliers wonder if, given his campaign rhetoric, Trump will create a protectionist environment in the United States and unleash a trade war with catastrophic consequences for suppliers and buyers, heralding in a rise in inflation and a loss of jobs that will result when consumers buy less than they did before due to rising prices.  Here's the irony: protectionism, brought in to shield local jobs, will achieve exactly the opposite and become a job-killer in its own right.

Some global suppliers are full of trepidation, fearing their exports could face hurdles in the U.S. market. Following is a brief review of the general outlook from some of the world's leading textile/apparel supplying nations:

Bangladesh:
The Bangladesh apparel industry — whose apparel exports account for some 80 percent of the country's overall exports — is, generally, optimistic despite the new administration's pledge to bring manufacturing jobs back to the United States.

However, some Bangladeshi experts privately say that the United States would not be able to sustain labor-intensive textile/garment manufacturing because skilled workers are not abundantly available and even if they were, their wages would be extremely high, making it unprofitable for U.S. manufacturers to produce textile and clothing in the country.

Meanwhile, Bangladesh's garment industry hopes to become, in a decade, the world's leading exporter of low-end apparel.  Farooq Sobhan, the president of Bangladesh Enterprise Institute, recently told the media that Chinese suppliers are shifting garment and textile production to Bangladesh, establishing factories in a special economic zone being given by the Bangladesh government to China, which will have an interest in supporting Bangladesh in this goal.  He reportedly told a local daily during a roundtable discussion on Bangladesh/China economic relations that he saw "that happening within the next 10 years, if not sooner, if we can play our cards correctly."

Pakistan:
Many Pakistani textile and garment exporters fear that the political changes in the United States could hit their exports.
Trump's election campaign rhetoric on terminating U.S. trade agreements to protect American trade interests is seen by a section of Pakistan's textile and the garment industry as a move toward protectionism.
According to Pakistan's Statistics Bureau, Pakistan's textile and garment exports, after reaching a high of $13.46 billion in past years, have been steadily declining, falling to $12.47 billion in fiscal year 2016.  The sector's disappointing performance, according to Pakistani experts, is a result of multiple factors including an overvalued currency, which blunted the competitive edge of Pakistani textile and apparel products.

In addition to threatening to rip up U.S. trade agreements, Trump said he would impose punitive tariffs on goods from various countries in order to create more jobs in the United States, but some Pakistani textile and apparel suppliers have been saying that by entering into long-term supply arrangements they had "nothing to fear for the time being."

Abid Latif, managing director of Lahore-based Lahore Business International, which sells a wide range of products, including cotton yarn, grey fabric towels and bedsheets, uses international trade shows as a means to move into major global markets.  At the Texworld show in New York, Latif said he was keen to further penetrate the U.S. market. "The U.S. economy is doing well and we are hoping to regularly showcase our products at such shows," he said.

Turkey
Turkish suppliers are equally concerned that the new U.S. administration may take a hard line on textile and garment imports.  But many hope Trump will take a "pragmatic and balanced" approach to trade, including imports of textiles and apparel.

The uncertainties in the U.S. market could not have come at a worse time for Turkish suppliers, who have faced some major upheavals, both within the country and in its neighborhood.  A series of bomb attacks and the aborted military coup followed by the suspension of civil liberties and a mass purge in the government, armed forces and the education sector, have created a frightening situation in the country, which many Western buyers are avoiding.

Before the domestic upheavals, Turkey's textile and garment industry had faced challenges as it had lost the traditional markets for its exports in the region such as Syria, Iraq, Yemen, which are all ravaged by civil war.  Russia, another important market for Turkey, was hit by international sanctions that squeezed its financial power.

Turkish exhibitors at shows such as Heimtextil of Frankfurt and TexWorld of New York were seeking contacts with buyers from North America to diversify their markets. Isa Dal, chairman of the Denizlu-based Evteks, manufacturer of bedding and Turkish towels, was unperturbed by the situation in Turkey.  "Many customers visited our booth at the TexWorld show. We have concluded deals here at the show and the customers do not have to come to Turkey," Dal said.

Oguz Tekstil, headquartered in Adana, was selling fabrics at TexWorld.  Oyku Akyil, the company's sales manager, told Apparel that his company produced monthly some 3 million meters of fabrics. "We export some 40 percent of our production and sell the rest in Turkey," he explained, admitting that the loss of market was due largely to the uncertainties in the country.

Exports to the United States had become "more complicated," he said.  "We send our fabrics first to China for processing, and then ship them as finished products to the USA," Akyil said.

Yasar Karabel, managing director of Aker Tekstil, Istanbul, which produces woolen yarn, said that the Turkish Government had set a total export target of $500 billion by 2023.  "If the Russian buyers purchase more, that would certainly help us. North America is also an important market for us," Karabel said.

Osman Canik, the chairman of the Uludag Turkish Exporters' Association and vice president of his Bursa-based company Elvin Tekstil San Vetic A.S., pointed out that a total of 1.5 billion potential consumers could be found in Turkey's neighborhood. He hoped for an early ending of the civil war in Syria followed by an immediate phase of reconstruction of the country so that hotels, residential quarters and other infrastructure projects could be built generating demand for home and household textiles.

Turkey is considered to be Europe's biggest apparel producer, with many well-known brands such as Espirit, H & M, Hug Boss, S. Oliver, adidas, Nike and Zara sourcing their products from Turkey. Turkey's total textile and apparel exports in 2015 amounted to roughly $14 billion, of which home textiles accounted for $3 billion.

China
China, the world's largest textile and apparel supplier, is also evaluating the effects of the U.S. election result on its textile and apparel exports. China has, in any case, been shifting its production to other low-cost countries such as Vietnam, Laos, Bangladesh and even Africa, including Ethiopia and Kenya.

Zhang "George" Tao, the secretary general of the Sub-Council of the Textile Industry, China Council for Promotion of International Trade, highlighted the fact that during the past decade, the Chinese textile and apparel industry had been growing at double-digit rates. "Now we have a 6.5 percent growth in our exports. The biggest challenge facing us is the weak demand in Europe and flat demand in the USA. The market is like a cake … only, it is not getting bigger, as we face competition from Bangladesh, Vietnam and others," he recently said in an interview with Apparel in New York.

Tao said some 37.4 percent of total Chinese textile and apparel exports were destined for the U.S. market in fiscal year 2014/15. However, he predicted a further decline in textile exports this year.  China's global textile and apparel exports in 2015 amounted to $284.2 billion whereas the first quarter of 2016 stood at $90 billion (a decline of 5 percent year over year).

Chinese companies pursue an "operate-from-within-the-market" strategy for the United States by setting up manufacturing operations in the United States itself.  They have been looking at acquisitions of textile producing units; Georgia and North Carolina are expected to see Chinese investments, according to Tao, who spoke of "spiraling labor costs" in China. "Chinese labor costs are three times the wages paid in Vietnam and five times in Bangladesh," he said.

Africa – AGOA to be reviewed?
African textile and apparel suppliers, including foreign suppliers such as those from India, China and Turkey that produce in African countries such as Ethiopia and Kenya enjoy the privileges of duty-free exports to the United States under the latter's African Growth and Opportunity Act (AGOA), which has allowed countries such as Kenya and others to increase textile production and generate jobs. AGOA covers 38 sub-Saharan countries.

The AGOA, introduced during former President Bill Clinton's tenure, was allowed to continue with bipartisan acquiescence because it did not threaten the jobs of U.S. workers. Indeed, the U.S. Congress recently renewed AGOA for another 10 years with strong bipartisan support.

Nevertheless, Trump's campaign rhetoric against imports has raised concerns among Africans that AGOA could be reviewed and made more stringent. 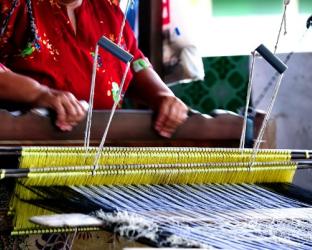 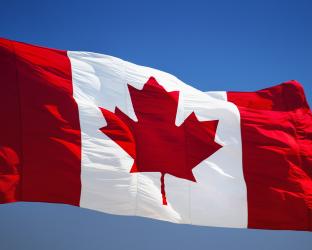 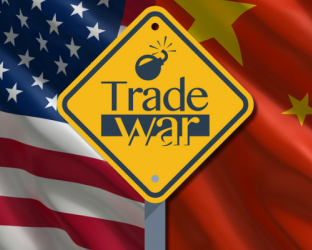