U.S., Korea Ramping Up FTA Compliance Verifications: What You Can Do to Prepare

U.S., Korea Ramping Up FTA Compliance Verifications: What You Can Do to Prepare

By LARRY ORDET - 07/01/2014
Get great content like this right in your inbox.
Subscribe
Two years after the U.S.-Korea Free Trade Agreement (UKFTA, also known as KORUS) was implemented, and with many of its tariff-cutting measures now in place, concerns about the extent of efforts by customs authorities to ensure that FTA benefits are used and claimed properly have become so acute that U.S. President Barack Obama and Korean President Park Geun-hye recently took the rare step of addressing them personally. The heightened scrutiny of claims for preferential treatment under the UKFTA has come in the form of excessive demands for documentation and on-site visits to suppliers several steps down the supply chain, both of which are well within the bounds of the agreement. While pressure from affected companies could prompt authorities to amend their procedures and ease the associated burdens, in the meantime importers and brokers should actively prepare for the increasing likelihood that they will be targeted for an audit or other compliance verification measure.

Hailed as the United States’ most commercially significant free trade agreement since NAFTA was concluded nearly two decades earlier, the UKFTA took effect March 15, 2012. Tariffs on almost 80 percent of two-way trade in consumer and industrial products were eliminated as of that date, and another 15 percent of these goods will become duty-free by Jan. 1, 2016. A few tariffs will remain in place until 2026. Tariffs not immediately eliminated will mostly be phased out in equal annual stages over periods of up to 15 years.

The benefits of the UKFTA are significant, and business interests in both countries are eager to take advantage of the agreement. This eagerness can result in some companies jumping on the bandwagon without thoroughly understanding the complex rules and the need to document qualification. Governments in both countries are reviewing FTA entries to make sure those who seek the duty-free benefits have substantiated that they are indeed entitled to receive them. They are ramping up their reviews and some unsuspecting importers are finding they do not, in fact, comply with all the rules.

In the U.S., ports of entry are given wide latitude to determine the type and extent of the reviews they conduct to determine the validity of claims of duty-free treatment under the UKFTA. Importers must therefore be ready to substantiate those claims using certifications or other documentation or their specific knowledge. While there is no specific format mandated by the UKFTA for a certificate of origin, there are certain required fields, including the importer, exporter and producer; the name of the certifying person; the good’s tariff number and description; and information demonstrating that the good is originating. Certificates of origin must be in the importer’s possession at the time a preference claim based on such a certificate is made, but no certificate is required for claims based on the importer’s knowledge (though such claims are often subject to particular scrutiny).

Claim verifications by CBP can take a number of forms. A written request for information (CF 28) may be submitted to the importer, exporter or producer seeking details such as flow charts or technical specifications outlining the manufacturing process, an explanation of how the goods originate, purchase orders and proof of payment, documentation relating to assists and indirect materials, or just about anything else that might be relevant. CBP officials may visit the exporter or producer in Korea to review records and/or observe production facilities, or they may request that the Korea Customs Service conduct an origin verification. Other methods may be used as well.

CBP will then issue a CF 29 outlining the action taken, if the verification was positive, or the action proposed, if the verification was negative. In the latter instance, the CF 29 will explain why the documentation was insufficient or why the good otherwise does not originate, and the importer will be given 20 days to respond. Ultimately the importer will likely be liable for the payment of duties and fees, though it retains the ability to challenge any such determination via administrative protest for 180 days past the date of liquidation.

Verifications conducted by KCS have a different focus, as this agency is typically not satisfied with responses or documentation from producers. For example, in a production chain in which the manufacturer receives components from one supplier, which may have received components from another supplier, and so on, KCS has requested information and documentation from as far down the chain as third-level suppliers. (CBP, by comparison, has historically focused on first-level suppliers, provided there are certificates or affidavits present throughout the chain.) This approach has yielded complaints that KCS’ demands for origin certification are excessive. Typical concerns raised by KCS during the verification process include insufficient origin support for originating materials, inability to distinguish originating and non-originating materials due to commingling, classification errors leading to failure to satisfy the tariff shift requirements, and lack of support for the regional value content requirement.

Proper preparation can help importers avoid interruptions to their operations from a CBP or KCS verification. Start by becoming familiar with the rules of origin, which require each non-originating material to undergo an applicable change in tariff classification as a result of production (subject to a de minimis rule for materials that do not account for more than 10 percent of the adjusted value of the finished good) or the finished good to satisfy an applicable RVC or other requirement. Importers who can obtain UKFTA certificates from suppliers to substantiate the eligibility of the parts supplied can exclude those parts from tariff shift requirements. Importers using the RVC method may need to solicit suppliers to obtain certificates of origin.

There are a number of other steps you can take as well. Create a reasonable process to document preference claims; e.g., ensuring that suppliers are contractually obligated to provide required documentation and then testing to make sure it is present. Perform due diligence prior to making claims, such as by reviewing all claims where the value content is below a certain threshold and periodically reviewing all others. Train affected staff so proper procedures are followed.

Bottom line? It is up to the importer to prove that the goods qualify for the benefits of the free trade agreement. Setting up systems from the beginning that track qualification saves time and money later on in the process when the government inquiries start rolling in.

ST&R produces the Sandler, Travis & Rosenberg Trade Report, a daily e-newsletter read by thousands of international trade professionals each day. Visit www.strtrade.com/publications to sign up for a free subscription. 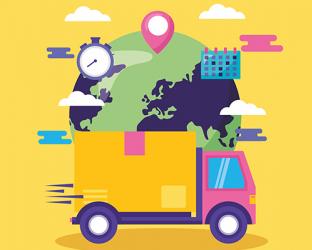 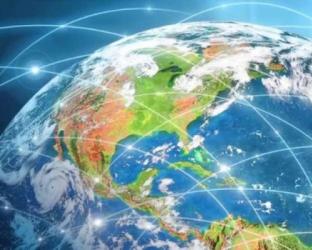 Digital Commerce
Is Your Supply Chain Ready for Cross-Border E-Commerce?