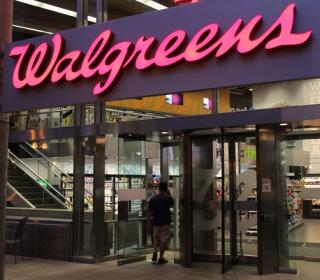 Walgreen’s is investing heavily in technology as it continues to compete with rivals CVS, Walmart and Kroger for dominance in the retail pharmacy market. The mega retailer has earmarked $1 billion for its technology refresh and has already spent half of its budget, and plans to spend the rest over the next three years.

“We are investing considerably in our systems and are spending a lot of time getting pointed in the right direction and working even better,” said COO Alexander Gourlay on a recent earnings call with analysts. “Overall, we spent over $500 million to-date on building, testing and implementing new systems. In the next three years we anticipate investing more than $500 million on this area of transformation of our business which will in turn lead to further cost savings and efficiencies.”

Gourlay and the rest of Walgreens executive management team outlined three key areas that will receive the lion’s share of the ongoing capital investment: data and analytics, stores, and digital.

The investments are already beginning to bear fruit. Gourlay announced that for Q2 the retailer’s “key profit metrics were all up on the comparable quarter last year both on a reported and constant currency basis. On a reported basis, sales were up 12.1%, adjusted operating income was up 7.3%, and adjusted diluted net earnings were up 16.6%.”

Below is a quick look at the retailer’s progress so far in these critical areas and its plan for continued enhancements.

Walgreen’s is investing in its big data analytic capabilities to gain further insight into shopper demand and position itself to capitalize on current market trends. The retailer’s loyalty program has a massive following and it is leveraging that mountain of shopper data in new and unexpected ways.

“We're now running the Balanced Rewards program as a data and customer insight tool as much as the marketing program as it was just designed,” said Gourlay. “We have now 88.6 million active users [and have] nearly three years of excellent customer data.”

In addition to the rewards program data, Walgreen’s is updating its core retail systems, which will give the retailer access to even more valuable shopper data.

One area that is getting plenty of attention is the retailer’s aging pharmacy management system. The solution was implemented over 25 years ago, and while still performing admirable is well behind the times in terms of functionality and features.

Walgreens is designing and testing a new store format as well as refining its current design to improve the in-store shopping experience. Both the new pilot stores and the well-established locations will benefit from changes in the merchandising and product mix, designed to differentiate the retailer from its competitors and increase the profile of its own brands.

“In the new store format, we'll bring together such things as optical and hearing care along with further testing of value, royalty and supply chain initiatives,” said Gourlay. “We plan to bring together all of this learning in the pilot stores which we will begin launching in the coming months. [The new stores] will provide a platform from which we can deliver future services, retail offerings and accessible healthcare.”

Walgreen’s continues to invest in its digital presence with a focus on its mobile app, which has great engagement and allows for not only an enhanced shopper experience but also another data collection opportunity.

“Developing a digital presence is not just a buzzword but increasingly of true relevance in the healthcare area, as well as obviously in retail,” said Gourlay. “We have not been sitting still in this area. Our app has been downloaded 50.6 million times, has a 5-star customer rating on the U.S. App Store. During the second quarter, around 21% of Walgreens retail resale scripts were initiated through digital channels, up almost 3 percentage points versus the comparable quarter last year.”