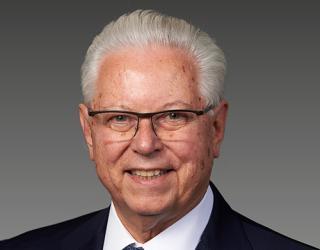 Stefano Pessina is stepping down as CEO of Walgreens Boots Alliance (WBA).

The company’s board of directors has begun a search for a replacement; once that person has been selected, Pessina will assume the role of executive chairman and James Skinner will step down as executive chairman after ensuring a leadership transition.

WBA, which operates more than 18,750 stores and 400 distribution center in over 25 countries, is doubling down on its digital transformation and addition of health care services as the retailer moves through the pandemic. This includes opening up to 700 full-service “Village Medical at Walgreens” full-service doctor offices over the next five years.

Pessina was appointed executive vice chairman in January 2015, following the merger between Walgreens and Alliance Boots in December 2014. He took the role of interim CEO in January 2015 and was named its permanent CEO in July 2015. Skinner has served as executive chairman of WBA since January 2015.

“I want to thank our team members around the world for their extensive achievements in the last five years, as we have fulfilled our purpose to help people lead healthier and happier lives,” said Pessina. “I look forward to continuing to serve the company as executive chairman, and to helping to ensure the success of the new chief executive officer in every way possible. I am also very glad that Jim and I will continue to work together on the board, and on behalf of the entire company, we greatly appreciate all his contributions during his time as executive chairman.”

“It has been an enormous privilege to work with Stefano, the board of directors and all our employees during my time as executive chairman. I am deeply grateful for the opportunity, as well as the chance to continue to serve as a board member in the future. Together, we have built our company into a global leader in retail and wholesale pharmacy,” said Skinner. “As the healthcare industry and consumer behavior continue to advance quickly, we look forward to a new CEO joining the team with the deep expertise and skillset to drive future success as we move into a new chapter of our company’s very long and proud history.”