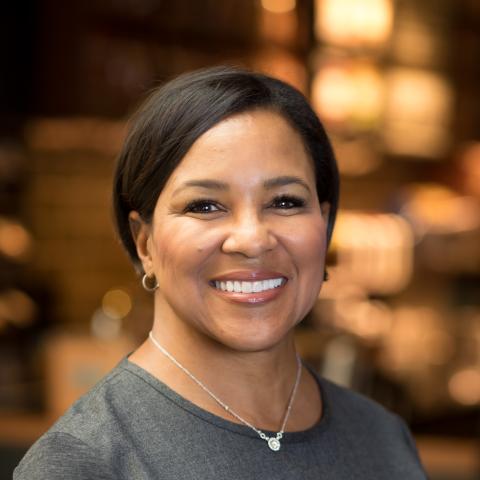 Her appointment on March 15 will make her the only Black woman leading a Fortune 500 company. Lauren Hobart, who is set to take over as CEO of DICK'S Sporting Goods on February 1, will mark a new record of female CEOs leading Fortune 500 companies, a milestone largely driven by retailers. Ten will be in charge of retailers at that time; Brewer will mark 11, barring any new appointments or changes.

Brewer served as chief operating officer, group president and member of the board of directors of Starbucks Corporation, where she has been instrumental in helping the company accelerate its growth strategy, expand its global reach and drive value for all of Starbucks’ diverse stakeholders.

Starbucks announced Brewer was leaving during its earnings call Tuesday.

“I want to share that we're very excited for her and are grateful for her many contributions over the years in leading our operations across the America,” said Starbucks CEO Kevin Johnson. “Roz, on behalf of the entire leadership team, I want to thank you for your leadership and wish you every success in your new role, congratulations.”

Prior to joining Starbucks, she served as president and CEO of Sam’s Club and worked at Sam’s Club from 2012 to 2017. While there, she successfully grew membership, transformed merchandise and amplified the use of digital technology to enable a seamless shopping experience at scale, which led to sequentially improved comp sales.

She joined Walmart in 2006 as regional vice president and later became president of Walmart East, where her P&L responsibility exceeded $100 billion. Prior to Walmart, she was with Kimberly-Clark Corp. for 22 years, starting as a scientist and ultimately serving as president of the Global Nonwovens Sector in 2004.

“WBA is a world-class and trusted organization whose purpose I deeply admire,” said Brewer. “The healthcare industry is constantly evolving, and I am excited to work alongside the entire WBA team as we deliver further innovation and positively impact the lives of millions of people around the world every day. This is especially true today as the company plays a crucial role in combatting the COVID-19 pandemic. I step into this role with great optimism for the future of WBA, a shared responsibility to serve our customers, patients and communities, and a commitment to drive long-term sustainable value for shareholders.”

She succeeds Stefano Pessina who, as previously announced, will transition to the role of executive chairman of the board of WBA.

“The Board conducted an extensive search to identify an exceptional leader who will build on WBA’s track-record of success and take advantage of the many growth opportunities in many markets across the company,” said Pessina. “We are excited to have found that person in Roz. She is a distinguished and experienced executive who has led organizations globally through periods of changing consumer behavior by applying innovation that elevates customer experiences – ultimately driving significant and sustainable growth and value creation. Her relentless focus on the customer, talent development, operational rigor and strong expertise in digital and technological transformation are exactly what WBA needs as the company enters its next chapter.”