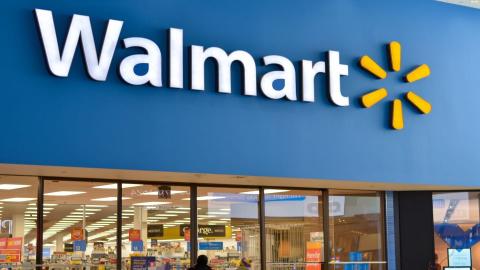 Challenges abound, but continued innovation is on the horizon. Walmart is focused on growth that will sustain the business in the long-term, surviving ongoing inflationary pressures, a backlog of inventory, and shifting consumer demands.

Doug McMillon, chief executive officer of Walmart, addressed the company’s latest performance during a call with investors, acknowledging that the current business environment is “dynamic,” and pointing to various initiatives in play that are helping the company maintain stability amid a volatile period.

Walmart has zeroed in on two areas of growth: digital innovation and expanding its customer base through loyalty and delivery efforts.

McMillon said that as part of its growth strategy, the company has added a Paramount+ subscription at no additional cost to its Walmart+ membership. Members will see the new add-on, a $59 value, beginning in September.

“With the addition of Paramount+, we are demonstrating our unique ability to help members save even more and live better by delivering entertainment for less, too,” said Chris Cracchiolo, senior vice president and general manager of Walmart+.

According to John Furner, president and CEO of Walmart, U.S., the company came to the decision as a result of member-led research that found consumers were looking for an entertainment benefit.

“When we talk to members and ask what are the benefits they were looking for, the number one feature outside of delivery of product from both stores and e-commerce was an entertainment benefit,” said Furner. “And there were others they talked about, but entertainment was at the top of the list, and that’s what led to the decision to add this benefit to the program.”

As delivery continues to be a focal point as well, the company is working on getting items to consumers faster. McMillon said Walmart has significantly increased the number of orders fulfilled by stores — volume is up nearly 40% from last year.

“Speed matters, whether it’s how quickly we get items to customers or how quickly we scale new businesses. Our white label delivery platform service, Walmart Go Local, will celebrate its first year anniversary later this month. Powered by our Spark Driver platform, I am excited about the growth I have seen so far and the expectations looking ahead,” said McMillon, who added that the service passed 1 million deliveries so far.

McMillon added that the e-commerce experience end-to-end is a focus for Walmart. “We want to continue to grow our pickup and delivery businesses around the world.”

Rainey pointed specifically toward Vizpick technology, which it has rolled out to associates across the U.S., and uses augmented reality to speed up the inventory management process. Associates can now more efficiently transfer products from the back room to the sales floor.

The technology has helped the company avoid missing sales and navigate out-of-stocks, putting Walmart in a “better position now than we were in prior periods of economic softness.” 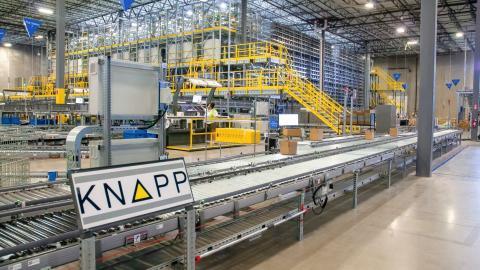 “We are also excited about the build out of automation and technology throughout our business and how it will continue to help drive greater efficiency,” said Rainey. “Through my first couple of months here, I have been able to get out and visit our stores and see our distribution and fulfillment centers and witness the supply chain automation and technology that we are putting in our stores and centers.”

The mega retailer plans to build four new fulfillment centers over the next three years, and the facilities will be the "first of their kind" for Walmart, tapping people, robotics, and machine learning.

McMillon said that regardless of inflation levels, the company continues to make progress on the digital front, also growing in related areas like fulfillment and advertising.

“We are building a different business and we are making progress,” he said.