When the company that eventually became Wayfair (CSN Stores) was founded in 2002 the jury was still out on the long-term prospects for e-commerce.

The dotcom crash of the previous decade had made many skeptical of digital business, and especially traditional brick-and-mortar retail segments like home furnishings. Naysayers just could not wrap their head around the idea of consumers making major purchases like a bed or a couch without first seeing it in person on the showroom floor.

Nearly two decades later and the idea that you need to interact with a desk or a floor lamp in person to be confident in your purchase decision has gone the way of wall-to-wall carpeting. What has brought along this seismic shift? How have today’s e-commerce leaders built loyal followings in an increasingly crowded marketplace, while enjoying unprecedented revenue growth?

At NRF 2021, Wayfair’s co-founder and CEO Niraj Shah sat down with Bloomberg’sMatthew Townsend to explore these questions and where the industry and Wayfair are headed in the face of unpredictable and ongoing disruption. “The Power of Vision to Reshape Retail and the Consumer Experience” fireside chat was presented to the NRF virtual audience during Chapter 1 of The Big Show experience earlier this month.

Niraj and Townsend opened the discussion with a quick history of Wayfair, how it grew from a collection of more than 200 relatively small e-commerce sites into the digital powerhouse we know today. And while the retailer experienced impressive growth in those early years it was nothing compared to the monumental expansion it has enjoyed since going public in 2014.

A little more than six years ago Wayfair was posting annual revenues just north of $1 billion, a massive number, but just a drop in the bucket compared to what it would become. Fast forward to today and Wayfair’s annual sales are $14 billion, representing a doubling of revenue every two years, a feat that would make even the most established retail players salivate with envy.

How did Wayfair achieve this hockey stick top line growth? According to Niraj it was not any one thing, or two things, or three things…it was Wayfair’s ability to be good at all aspects of e-commerce that has allowed it to thrive in an increasingly competitive market. A market their success helped create.

Niraj said that whatever your weakness is will draw resources and sap your strengths. What is the solution? According to Niraj the answer is easier said than done — just be good at everything.

By having an open mind toward innovation and not letting your vision be impaired by the current reality has helped Wayfair not only establish an e-commerce foothold, but to position itself as a market leader. When asked to pontificate on the future of retail, e-commerce, and particularly the home goods segment Niraj was quick to point to technological innovations that have yet to become mainstream.

As an example, he discussed a cutting-edge digital screen Wayfair has in its offices that has the ability to alter its texture. The implications in the home furnishings space are immense. Imagine a customer being able to run their fingers over a couch’s “fabric” before making a purchase or examining the stitch work on an embroidered tablecloth. The possibilities are endless and although that technology is not ready for widespread use, the thought is that within a few years it could be.

Smart and innovative companies like Wayfair, with its commitment to being the best at everything, are exploring all potential differentiation. The key to long-term retail success is to think long-term and continue to invest in a variety of solutions and technologies and be prepared to leverage them once they become a viable reality. 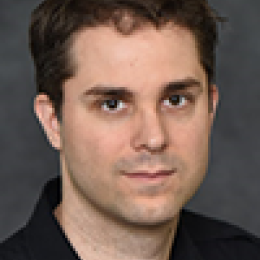