By taking a stand on social issues retailers risk alienating 30%-40% of their customers, so why do it? Because taking a stand adds a layer of meaning to a retailer’s brand image and deepens engagement with shoppers. Also, sometimes it’s just the right thing to do.

But is it worth it? Recent announcements by retailers taking a stand on social issues demonstrate the upside benefits outweigh the risk. These retailers include: Dick’s Sporting Goods on gun violence, Patagonia on access to public lands, Macy’s on selling fur, and CVS on tobacco.

“We are in the throes of an environmental crisis that threatens not only the next 81 years of REI, but the incredible outdoor places that we love,” explains Eric Artz, CEO of REI Co-Op, in a recent call-to-action letter. “Climate change is the greatest existential threat facing our co-op. I believe we do not have the luxury of calling climate change a political issue. This is a human issue. And we must act now.”

REI’s call to action includes paying its employees on Black Friday when the company will be closed on one of the busiest retail days of the year. In his letter, Artz encourages employees to use the day by going outside with friends and family. Artz also calls for committing to pick up trash on trails, working toward a goal of zero waste at the company, creating a gear buy-back program for used outdoor items, and developing an online gear rental system.

In the last few months, the list of retailers taking a stand on social issues has expanded to include Walmart, Nike, Kroger, Walgreens, HEB, Schnuck’s and many others.

Why join a divisive debate when it takes zero effort to remain silent? One big reason is the impact of modern technology – competing on price, convenience and value is table stakes when shoppers are just a click away from purchasing anything they want. In this environment, something more is needed to engage with shoppers and create a bond on an emotional level.

By taking a stand, retailers add a humanizing layer to their brand story that communicates “we, too, are citizens in a shared world and we have similar values.” Here are brand stories of retailers that have taken the risk of aligning with such relevant social issues as climate change, immigration, gun violence, and black lives matter.

Nike – In 2018 Nike aligned itself with Black Lives Matter by including outspoken NFL quarterback Colin Kaepernick in the 30th anniversary campaign of the slogan “Just Do It.” Kaepernick attracted national attention by kneeling during the U.S. national anthem to protest police killings of unarmed black Americans. Calls for boycotts were swift and loud, but Nike held its ground and has financially prospered. Since running the Kaepernick campaign, Nike’s financial performance has flourished – sales up $2.7 billion, profit up $4.0 billion, and stock price up 19 points. More recently, Nike’s CEO Mark Parker has taken a pro-diversity stance and a repeal of the strict federal immigration policy

CVS – In 2014, CVS made a landmark announcement that it would end the sale of cigarettes and other tobacco products to support public health. Advocates applauded the move. Since 2014, CVS revenue has grown $40. 6B and annual profit averaged $4.1B.  Recently, Schnucks, a major grocer in the Midwest, announced it, too, would no longer sell cigarettes and tobacco products. CEO Todd Schnuck explained, “We believe discontinuing the sale of tobacco products is the right thing to do.” Walmart and Walgreens raised the age to purchase cigarettes to 21, a move that many local and state governments have begun to adopt.  Also, Walmart, Walgreens, Kroger and HEB have agreed to stop selling e-cigarettes and vaping products.

Dick’s Sporting Goods – Dick’s CEO Ed Stack announced last year the sporting goods retailer was pulling assault-style rifles from all stores, halting sale of high-capacity magazines, and raising the age to buy a gun to 21. The blowback from gun shoppers was immediate and fierce. Stack estimates the move cost Dick’s $300 million in sales, essentially eating up the gains the retailer was on track to achieve in 2018. However, since making the announcement, Dick’s has increased same store sales by 1.2% in the first half of 2019 and last year it earned $319.8 million in profit. Year-to-date Dick’s stock price is up 8 points. Recently, Dick’s made news again when it announced it will destroy $7.4 million worth of assault rifles.

Patagonia – Instead of panoramic vistas of mountain ranges and close ups of colorful jackets, visitors to the Patagonia website last December found a stark message written against a black backdrop: “The President Stole Your Land.”  It urged visitors to “take action now” to stop President Trump’s decision to reduce the size of the Bears Ears and Grand Staircase-Escalante National Monuments in Utah. Patagonia also backed up its call to action by filing a lawsuit.

For most of its existence, Patagonia has supported grassroots activists working to protect the environment. However, the company has recently shifted gears and taken a harder stand. “We believe the environmental crisis has reached a critical tipping point. Without commitments to reduce greehhouse gas emissions, defend clean water and air, and divest from dirty technologies, humankind as a whole will destroy our planet’s ability to repair itself.” Patagonia takes equally strong stands on sustainability, fair trade standards, organic cotton, microfiber shedding, and supporting a living wage.

In 2015, Salesforce CEO Marc Benioff threatened to scale back investment in Indiana after then-Governor Mike Pence approved a religious freedom law that many said would cause businesses to discriminate against gay people. That protest prompted Pence to water down the measure not ban businesses from refusing service based on a customer's sexual orientation.

In 2016, Apple, Cisco and eBay also tried to block a bill in North Carolina that sought to ban transgender individuals from using bathrooms based on their sexual identity. A year later, the state repealed the bill under political, social and corporate pressure.

It is worth noting that not every social issue stance has produced positive results for the brand. The 2018 stand by Gillette against “toxic masculinity,” identified in advertising as bad behavior by men that includes sexual harassment, bullying and physical abuse, sparked a backlash. Even worse, six months after the campaign rolled out parent company, Procter & Gamble, revealed it was taking an $8-billion cash writedown to cover lost value of Gillette, a $57 billion acquisition made in 2005.

Problems with Gillette and its products pre-date its social-issue stand against toxic masculinity and P&G’s stock price actually rose when it announced the $8-billion writedown. But Gillette’s troubles make the point that taking a social stand is not a remedy for reversing poor business decisions.

In a sharply political environment where everything from historical markers to eating kale is viewed as taking a divisive stand it is not surprising retailers must choose between speaking up or ignoring issues that are relevant to their business.

Calvin Coolidge once famously said, “The business of business is business.” However, many retailers today believe something more is needed and doing the right thing, as opposed to maintaining silence, is an important part of the retail business. 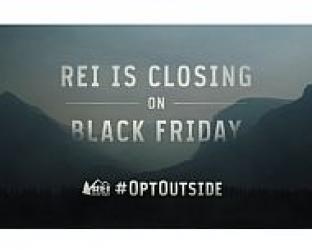 Should Retailers Follow REI's Black Friday Lead and #OptOutside Instead?

REI makes the bold move to close its doors Black Friday, Macy's opens on Thanksgiving, and Walmart tries out a mobile solution to holiday lines. Find out more about retailers' plans for the 2015 Thanksgiving and Black Friday holiday. 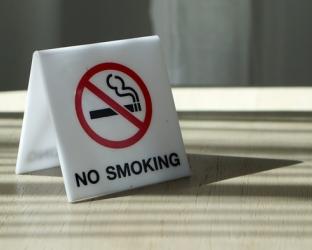 Walgreens and Rite Aid are implementing a new, chain-wide policy that requires customers to be at least 21 years old in order to purchase tobacco products in its stores.

Joe has been consistently named one of the top Influencers and Bloggers in retail by independent organizations. He is a frequently quoted source in business media and is also a frequent speaker at such conferences as the NRF Big Show, Shop.Org, and SXSW. Read More
Send a Message
Advertisement