At the Retail Experience Summit, RIS staged a social media contest to discover the most influential social poster at the event.

This was the third time RIS hosted the contest at one of its live events, and for the third consecutive contest Ricardo Belmar from Infovista took home the top prize and title of Mayor of RES.

“It’s an honor to once again be named the social media mayor of an RIS News event and do my part to help raise engagement and awareness of the content with both attendees and those not able to attend,” said Belmar, senior director, global enterprise marketing, Infovista. “Social media engagement is crucial for the industry to share and learn what works and what doesn’t in the rapidly changing world of retail.”

The contest was run by Marc Smith from NodeXL, who used his advanced algorithm to uncover which of the more than 12 Twitter users whose recent tweets contained the event hashtag (#2018RES) or who were replied to or mentioned in those tweets, were the most influential.

Based on their Twitter activity and ability to engage with others in the network, NodeXL created the below visualization of the #2018RES social network. You will notice that the most active participants in the conversation have the most interactions with fellow Tweeters. 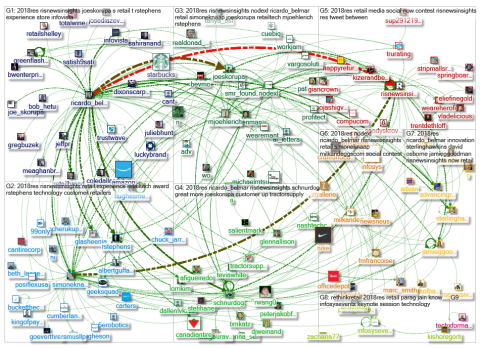 The top 10 finishers in the contest are listed at the top of the article. Below is a sampling of the top Tweets from the event. Click on any of the below images to read more from their author. 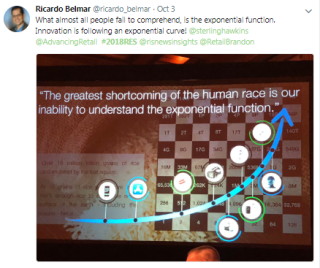 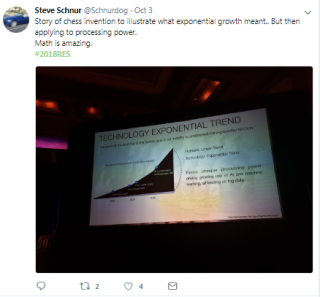 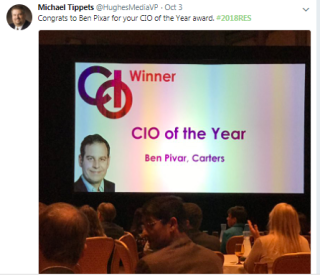 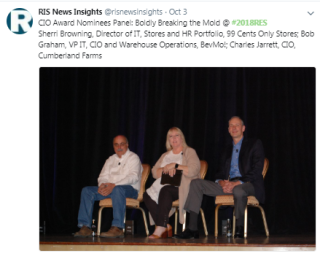 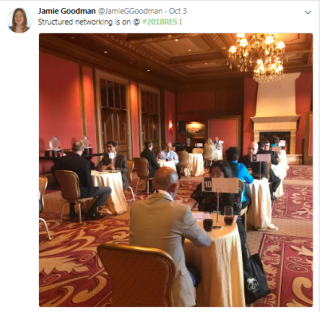 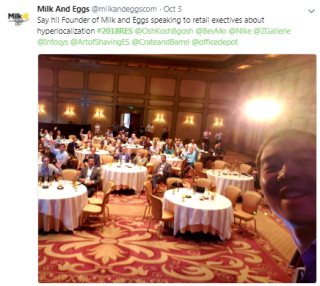 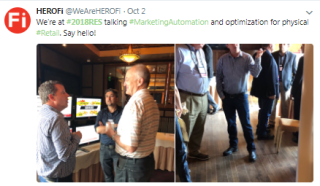 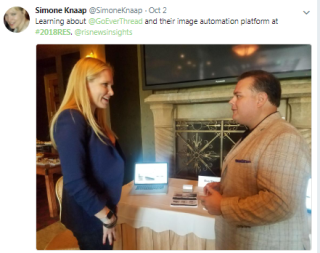 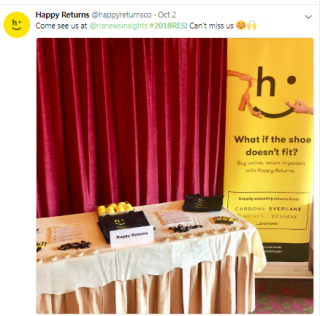 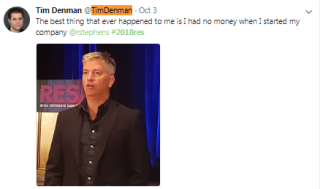