Why Retail Today Is About Data and Experiences

Why Retail Today Is About Data and Experiences

If Retail Prophet Doug Stephens is to be believed, the term "store" someday will be remembered as a relic of the Industrial Revolution as our culture and technology enable transactions virtually anywhere, thanks to socially integrated buy buttons, mobile commerce and more.

We've already seen a shift in the language of retail away from "stores" to "physical retail spaces," which Stephens told attendees at September's SAP Retail Forum is a better way to describe how retailers should think about their businesses as commerce channels proliferate.

Selling experiences instead of stuff
Instead of simply selling "things, retailers would do well to sell experiences — alongside attractive products, of course. Stores that emphasize "storytelling," such as Pirch in New York City, engage shoppers in a singular way. The average dwell time at Perch is two hours, driven by customers free to try out any appliance in the home fixtures and furnishings store, and sales per square feet stand at more than $3,000.

Millennials in particular are drawn to "experiences" versus "things," and Stephens points out that these consumers say an experience with any given retailer is more important than the actual product being sold. This might explain why adidas has partnered with Wanderlust, which creates multi-day festivals and single-day fitness events, merging the energy of a music festival into the community atmosphere of a yoga and fitness event. Wanderlust co-founder Jeff Krasno describes Millennials as an "active generation inspired by physical challenge as well as style, fashion, music and art."

New retail concepts such as the sensory-driven Story in New York City are moving toward an "experiences per square foot" model. "If you're appeasing the ‘sales per square foot' metric, stores will continue to get more boring," says Stephens, "because buyers won't take risks with adding new products."

If you're not using your data, you're doing it wrong
Once upon a time, not too long ago, flash-sale e-commerce company Beyond the Rack was a shooting star alongside comrades like Gilt Groupe and Rue La La.  Headquartered in Montreal, the company quickly attracted the attention of deep-pocketed financial firms. "Venture capital companies were throwing money at Beyond the Rack because it was meeting top-line sales," says Natalie Ben-Zur, CEO of Tempt Brands and former vice president of merchandising, fashion and accessories for Beyond the Rack. Five years later when those firms came looking for returns on their investments, they were sorely disappointed. Beyond the Rack filed for bankruptcy protection in 2015.

Ben-Zur says the flash-sales company made one critical mistake. Despite "collecting and measuring everything under the sun," Beyond the Rack never actually did anything with all that data. "They knew the customer, what they liked and disliked but never acted on it," she explains. That's because the company was more focused on marketing than on caring for its customer base. Beyond the Rack's net promoter score was down in the 20s, Ben-Zur says, when the average is typically in the 70s. Money was spent on marketing to rapidly inflate the membership base, which reached 13 million during its heydey. "They didn't listen to the customer, didn't improve service or delivery time," Ben-Zur notes. "Many customers would leave after just one transaction because they couldn't ship quickly enough."

Athleisure's appeal won't last forever
Why is the activewear trend so hot? Because people feel healthier simply by owning and wearing it, says NPD Group chief industry analyst Marshal Cohen. While active and athleisure apparel accounts for 20 percent of total annual clothing sales and is growing at 16 percent year over year, don't expect that momentum to last forever.

Cohen says competitors to the established players, such as Nike and adidas, will level out the playing field and put pressure on the market with lower price points — and consumers whose closets are crammed full of moisture-wicking leggings and slouchy slogan sweatshirts will decide they have enough activewear to meet their needs. The next big consumer-born trend — innerwear stepping out, a la bralettes and slippers as streetwear  — is already here, according to Cohen, but won't be nearly as dominant as athleisure.

Is Under Armour even an apparel company anymore?
Under Armour is undoubtedly pleased with the consumer craze for activewear, though the company is banking on customers who actually use its products to work out and not just to look fashionable. In recent years the Baltimore-based athletic apparel giant has grabbed headlines for its aggressive investments in the digital arena. Founder and CEO Kevin Plank created Under Armour with the concept of product innovation at its core, and he leveraged his ability to stay on top of — perhaps even ahead of — consumer desires by pivoting along with where the market was going.

Kendall says the company's Record-integrated running shoe is the most "transformative" thing Under Armour has done all year. Record is the apparel giant's centralized dashboard and repository for round the clock monitoring of a user's sleep, activity, nutrition and more. With the Record chip and its powerful sensors built into footwear, fitness enthusiasts don't need to remember to carry their phone or put on a smartwatch or fitness tracker because forgetting to put on your shoes is never a problem, Kendall notes. All of a shoe wearer's activity is monitored and automatically synced with the Record platform, and the chip inside the sneaker lasts for the lifetime of the shoe itself: roughly 450 miles. Under Armour is researching metallic threads and flexible sensors so that all apparel can be manufactured with built-in sensors.

Under Armour is doing its best to use all of this data to its advantage and personalize each and every customer experience with its family of brands — including the Endomondo, MyFitnessPal and MapMyRun apps — which caters to 180 million users in 60 countries. "If you come to our website, and you were running yesterday ... we will personalize your web screen ... based on that information," explains Kendall.

Likewise, UA Shop, the app that launched in June, similarly uses the data consumers share to tailor and improve their experience. Picture this: shoppers can walk into an Under Armour store and find their perfect running sneaker based on data from their worn-out Record shoes that shows their running style means they land more heavily on the heel of their foot. Now that is why consumers are willing to share their data in the first place.

Under Armour has discovered that it can effectively and strategically market to its digital communities. Products such as its hunting and hiking gear aren't typically carried in stores and mass channels but the company has found success by reaching out to individuals who are in its digital groups focused on hunting or hiking and delivering relevant content to them. "We get a better response because we're aligning with what the consumer already likes to do," Kendall says.

Is is 2017 yet?
This year has seen more than its share of retailers succumbing to financial woes, and Scaling Retail CEO Syama Meagher wonders why so many companies are still so slow to act when trouble rears its ugly head. "Why does it take J.Crew two years of losing sales to go do something innovative and collaborate with Nordstrom?" she says.

Because 2016 is a leap year, Christmas falls on a Sunday this December, opening up a whole additional weekend for sales, promotions and traffic-driving in-store events. "But are retailers preparing for it?" says NPD's Cohen.

With Amazon's new mall-based pop-up shops, "the wolf is in the hen house," notes Stephens of the e-commerce giant that has many retailers running scared. What's more, Amazon's Prime Day has emerged as the fourth-largest shopping day in the United States, behind the usual suspects such as Black Friday, whose power to lure consumers may be waning as sales shift online and great deals can be found throughout the year. Still, many retailers will be satisfied just to make it out of the "challenging" 2016 election year still standing.

And as for Republican presidential candidate Donald Trump, his men's suits are "made in Mexico, so I hope he can get [them] over the wall to get into the stores," Cohen quips.


Jessica Binns is a freelance writer covering the intersection of fashion, retail and technology. 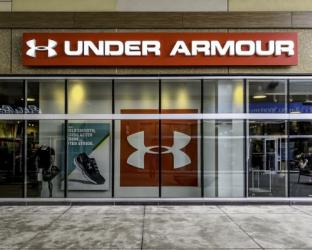 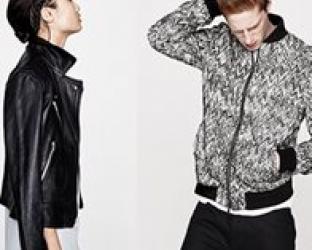 Apparel
Which Apparel Brand Is Most Intimate with Customers?
Apparel
This Seasoned Exec Is Under Armour's New Chief Innovation Officer 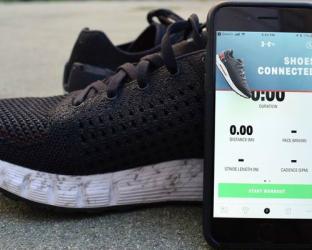 Apparel
Under Armour's Plank Says It'll Be a Quiet Company, Loud Brand in 2018. 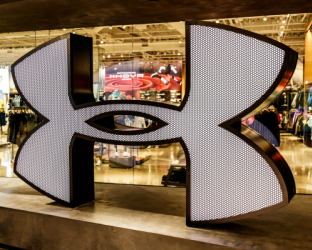 POS
Under Armour Teams Up With Aptos for Annual Charity Event 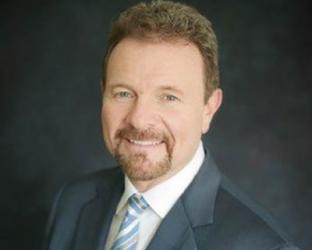 Human Resources
Under Armour Has a New Chief Innovation Officer