To hear MIT students talk about it, you’d think supply chain management is a walk in the park.

“If inventory management is this simple, why do companies need consultants? Why don’t they just hire smart people?” asks another, in complete — if inadvertently humorous — seriousness.

And Dr. Willems’ personal favorite: “Can supply chain planners secretly use their own forecast instead of the one marketing gives them?” (The answer: no.)

The reality, as those in the trenches know far too well, is exceedingly more complex, with nuanced real-world variables that make certainty a near impossibility. Apparel and footwear companies including Red Wing Shoes and Groupe Dynamite shared their experiences at Logility’s Connections conference in San Diego, revealing how improving their supply chain operations has been essential to international expansion, catering to Millennial tastes and launching new product lines.

At the start of 2015, the company — whose Garage and Dynamite retail brands compete with Forever 21, and H&M, Mango, and Zara, respectively — had 40 locations in the United States, a number that swelled to about 70 by mid-September, six of which opened in a single week over the summer, according to allocation director Isabelle Rousseau. It also has franchises in Armenia, Jordan, Kuwait, Oman, Qatar, Saudi Arabia, and the United Arab Emirates, attracted to these countries for their affordable retail leases — by comparison, there’s a lot of competition in Europe, Rousseau notes — and well-to-do populations.

Despite its global operations, Montreal-based Groupe Dynamite supplies its stores and franchises from a single distribution center in Canada. Until now, says Rousseau, it has been difficult to justify establishing a dedicated distribution center for the international market due to the limited number of stores outside of North America, but that’s all set to change very shortly thanks to a pending partnership with a third-party logistics provider in China, which will enable franchisees to reduce their retail prices as a result of lower freight costs.

What’s more, an international DC will significantly improve replenishment for the global stores. “They’re getting merchandise three weeks after our market here, so sometimes when it’s time to replenish, there’s no more inventory,” Rousseau explains. At one point, the company created a virtual reserve for international, but that sometimes backfired, too; if, for example, a style ended up not being a bestseller, Groupe Dynamite was left with excess product for domestic stores.

In the course of entering new markets, Groupe Dynamite has learned to navigate cultural and geographical differences, preferences and nuances. Since the prevailing assumption is that everyone in Canada needs a winter coat, the retailer applied that same thinking and over-allocated winter coats to warm-weather states such as Florida. On the other hand, “we were surprised that women in Saudi Arabia and the UAE love to wear fashion under their burqas,” explains Rousseau. “There’s the perception that they don’t like fashion, but they really do.” Women in those countries embrace “sexy” tops, too, while also buying more maxiskirts than their Canadian and American counterparts.

Complicating things further, despite being neighbors on a map, Saudi Arabia and UAE differ demographically. Women in the former largely don’t work outside of the home and have little need for professional attire; instead, they gravitate to very colorful maxiskirts “because they don’t want to wear any more black under the burqa,” notes Rousseau. By contrast, liberal Dubai is chock full of global expats who need blazers, pants and career skirts.

“Each country needs specific assortments. Eighty percent of it may be the same as ours, but we’re creating 20 percent that’s localized to that market,” she adds.

Each month Garage stores receive about 400 different style-colors, while Dynamite averages 300; merchandise is expected to sell through in six to eight weeks. Groupe Dynamite has evolved from using grade to class to style-color for allocation, and has trimmed initial merchandise distribution from 70 percent down to 50 percent, giving the company much greater flexibility and improving margins overall.

“We started to do forecasting at the style-color level but our basis was using class for the initial distribution and also for replenishment,” Rousseau explains. However, her team quickly realized that approach perhaps was not ideal because historical data becomes available the moment a style-color starts selling. After one year Groupe Dynamite amended its forecasting methodology to rely on the style-color performance itself.

“Because we are very fast fashion and our philosophy is to give less in initial distribution and rely on the replenishment, if it’s a bestseller, we might miss out on some sales,” admits Rousseau. To create a forecast her team evaluates at minimum one week of data, though ideally they would prefer to react and replenish ever faster than that — in as little as three or four days. While that might not provide the most robust forecast, it’s essential to resupply stores quickly due to the limited initial distribution.

Groupe Dynamite has been able to reduce size variance by 3 percent at the store level, which undoubtedly helped during Midnight Madness, a major sale akin to Black Friday in the United States. “I received a thank-you email from one of the stores,” notes Rousseau, “because they had enough stock, which previously never happened.”

Red Wing reacts to Millennial demand
Named for the Minnesota town where it was founded 110 years ago, vertically integrated Red Wing Shoes has established its brand on a tradition of quality, purpose-built rugged footwear for industry-specific applications, but lately the company has taken steps to adapt to changing times and evolving consumer demand.

In fact, 2015 is the first year that Red Wing has sold shoes online.

“Red Wing is all about the fit and the experience,” explains demand planning manager Mallory Dosdall. “You need to be in the store because we want to be sure the product we provide you is right for the application you’ll be out doing.

“We don’t want a construction worker wearing a pair of boots that’s made for a paver, or someone in the oil and gas industry,” she adds.

That’s partly why the company launched e-commerce with the more fashion-focused Heritage brand and followed up with Irish Setter, a hunting-focused footwear label. What’s more, Red Wing has found that the kinds of companies it considers to be competitors have changed significantly in recent years. Brands such as Under Armour and Keen, which have “skyrocketed” over the past decade or so, target younger consumers with eye-catching footwear that’s light and fast, products that offer “everything in one,” according to Dosdall.

“I don’t want to blame Millennials,” she says, “but we can’t continue to operate on business as usual — we have to evolve with our market.” Both the product line development and marketing teams continually evaluate ways to update their styles, by, for example, incorporating trendy colors and patterns or modifying the toe to yield a sleeker look. Red Wing leverages hard data from retail partners to help inform future designs. Outdoor merchant REI carries Red Wing’s Vasque performance trail running and hiking footwear brand, so merchants gain valuable insight into the kinds of colors, styles and patterns that are performing well at retail.

Red Wing uses Logility’s inventory planning, demand planning, and replenishment planning software. Prior to implementation four years ago, the company worked in spreadsheets, didn’t have a proper forecasting team, and would gather relevant staff once a month to determine “which way the wind was blowing,” admits Dosdall.

Dosdall was eager to leave behind error-prone spreadsheets and the risks that accompany manual data entry. “We ended up backordered in a style for close to a year because I forgot to highlight it blue two months in a row, which means it didn’t update in our ERP system,” Dosdall explains.

Given the complexity of its vertical integration as well as the breadth of its product portfolio, with footwear, accessories and work wear, Red Wing needed a lot of attribute-based information in its planning software. “Where are the trends? Is it in waterproof, composite toe? Most platforms don’t support that,” says Dosdall. Many planning software platforms enable tracking of three to six attributes, while Logility offers up to 30, and Red Wing currently is monitoring 29, intentionally keeping one slot open “in case there’s something really paramount we need to capture,” she adds.

The next software release will allow the team to track up to 80 attributes. “Supply chain is excited because that’s more information that we can slice and dice and analyze,” Dosdall says.

When it comes to footwear, Red Wing keeps close tabs on attributes such as waterproofing and insulation, breaking these down further and looking at how its own branded waterproofing performs against Gore-Tex, and how lighter insulation, 1,600 grams, is trending compared with the heavier, 2,000-gram weight, for example.

“Do we need to offer the same style in four different insulation levels or could we combine two together?” says Dosdall. “Now we have inventory and style optimization. We’re looking at the shoe height and seeing a trend to lighter, shorter, faster. Millennials don’t want the eight-inch heavy clunky boot anymore.”

In fall 2016 Red Wing plans to launch a Heritage women’s footwear collection featuring 20 to 25 styles manufactured in the United States, the first time the company has created a focused line for women.

“It’s something where we haven’t traditionally put a lot of resources, so we’re trying to figure out: what do women want?” says Dosdall. “More power to any company that can figure that out.”

Jessica Binns is an Apparel contributing writer based in the California Bay Area. 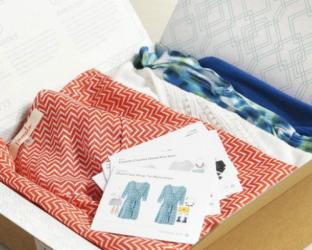 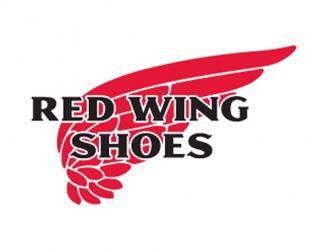 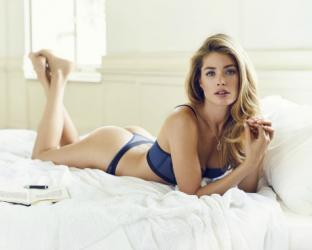 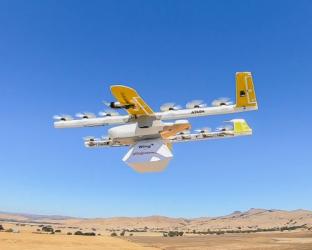 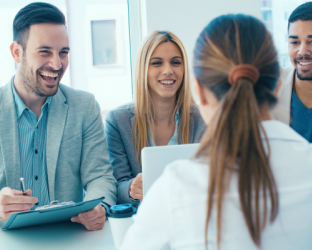 Apparel
The Apparel Top 50: Navigating the Line Between Future and Past 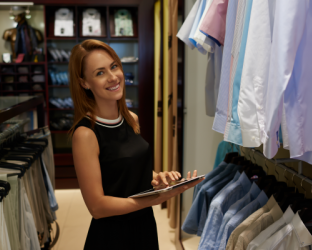 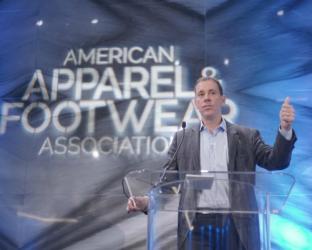