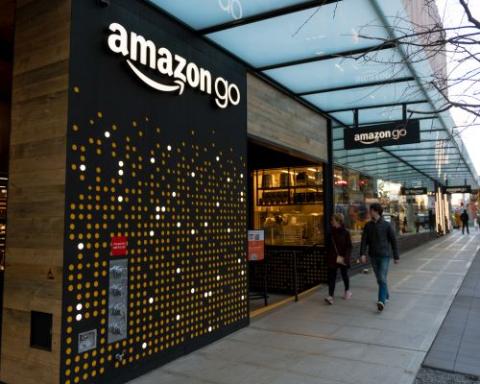 Reports have confirmed the new store won't use the company's Amazon Go technology.

The rumors started earlier this year: Amazon plans to open "dozens of grocery stores” in several major U.S. cities before the year's end.

Months after reports first surfaced, there was a location. In the Los Angeles area, Amazon signed more than 12 leases and the first few grocery stores were rumored to be in Woodland Hills and Studio City in Los Angeles, CA.

Now those reports have been confirmed. Amazon is branching out beyond Whole Foods and further into grocery.

"This new store offers another grocery option that’s distinct from Whole Foods Market, which continues to grow and remain the leader in quality natural and organic food,'' the company told USA Today.

Reports have also confirmed the new store won't use the company's Amazon Go technology—Amazon has 18 Amazon Go stores open now with more on deck— and that checkout will be traditional like in most grocery stores.

While Amazon’s grocery plans sound like they are leaning to traditional checkout lanes, experts are predicting pushback from established retailers in the other direction.

“Where Amazon has pushed into the grocery retail space, we will see retailers adopt integrative solutions within the context of their own digital ecosystem,” Sylvain Perrier, president and CEO, Mercatus tells RIS. “This includes selling non-food related items or food adjacent items on their own websites. The recent clarification of Amazon’s grocery roadmap will also push some retailers into discovering more frictionless solutions inside the grocery store, such as self-checkout kiosks or mobile checkout.”

Guy Yehiav, GM, VP, Zebra Analytics and former CEO of Profitect, predicts for 2020 retail players will continue to test “various methods of frictionless checkout that allows for a cashier-less checkout experience, allowing them to pay via videos, kiosks, scan items using a mobile app, or tap an app to enter, grab their products and leave. In 2020, we will see more retailers implement some combination of ceiling cameras, artificial intelligence, shelf sensors and machine learning are employed to determine what customers are selecting. Because of this more brick and mortar stores will convert to ‘Amazon Go-like’ stores.”

"Amazon’s interest in an expanded brick-and-mortar presence comes at a time when
Walmart’s grocery business has been booming," says Will Eadie, global VP of Sales & Alliances at WorkJam. "And consider Trader Joe’s, a grocery chain that is consistently given high praise. The winning factor is that these brick-and-mortar grocers have managed to build a loyal customer base by providing excellent customer service. Through increased shopping convenience, knowledgeable associates, in-store pickup, and personalized customer experiences, grocers like Walmart and Trader Joe’s create new ways to relate to shoppers. If Amazon is looking to replicate what these successful chains have done, improving the customer experience begins with focusing on employee satisfaction."

Retail Leader Pro talks to Frances Valentine CEO and Co-founder Elyce Arons about the importance of sparking joy and inclusivity at retail.

The metaverse will continue to become more mainstream in the coming years, and it presents a unique value proposition for retail to embrace.