Is Amazon Even Trying to Get Counterfeits Under Control?

Is Amazon Even Trying to Get Counterfeits Under Control?

Amazon is under fire for some shady practices: enabling, facilitating and directly participating in the sale of an inexhaustible supply of counterfeit goods. Forbes recently deemed the e-commerce giant a "cesspool of counterfeits and other illegal and potentially dangerous goods" while hiding behind illusionary counterfeit policies* and ineffective website policing.

Amazon is a haven for U.S. and cross-border scam artists to freely unload counterfeit merchandise, mostly from China, which appear right alongside authentic items conveying Amazon's endorsement. Consumers just don't have a chance of identifying dangerous, deadly and often visually indistinguishable counterfeit goods. The Counterfeit Report®, a popular consumer advocate and industry watchdog, removed more than 22.6 million counterfeits from e-commerce sites including U.S.-based Amazon, eBay and Walmart. Consumers can see the authentic items and their counterfeit counterparts on TheCounterfeitReport.com website.

Amazon receives a transaction fee for each fake sold, profits soar, and Jeff Bezos made it to the top ranks of Forbes wealthiest persons list. The downstream consequences are destroyed U.S companies and retailers, lost U.S. jobs and deceived consumers spending good money for bad products. The problem isn’t just the well-known fakes — watches, shoes and handbags — but a vast counterfeit universe of auto parts, cosmetics, drugs, electronics, sporting goods, toys, and much, much more. Even inarguably fake items — items that bear a trademark, but do not even exist in the authentic product line — are also offered.

International sales through Amazon's 13 global websites are a huge legal loophole, virtually immune to prosecution, IP laws and safety standards. Amazon utilizes a crafty approach to avoid removing counterfeit listings, claiming "Your trademark must be in registered status in [each country the item is sold in]," ignoring its own counterfeit policy. Foreign sellers are difficult to identify and often escape liability.

While Amazon was initiating lawsuits against two Amazon counterfeit sellers, sharply contrasting activity was occurring in the background. Amazon argued and won a U.S. Appeal's Court decision to disavow itself from any responsibility for "offering to sell" counterfeits products. Right holders simply don't have the resources to fight the flood of e-commerce fakes, or pursue individual sellers.

Counterfeit notices can be sent dozens of times for weeks, yet the fake products still remain. The infringing products notices trigger ineffective or unrelated automated responses (The Counterfeit Report received thousands in foreign languages) or flat out refusals to remove the infringing listings. Complaints to senior management and corporate counsel fall on deaf ears. Sellers of removed items can easily relist, or return under new accounts.

Amazon, and its 2-million third-party Marketplace account holders, are all counterfeit product sources on any of Amazon's 13 global websites. Many Amazon consumers do not realize that Amazon listings present three distinct global product purchase options — all offering counterfeits:

Apple recently claimed that 90 percent of Apple products it purchased from Amazon as a direct retailer, were fake. Birkenstock, a popular sandal maker, pulled the plug on Amazon sales, citing an uncontrollable counterfeit problem. Swiss watch company Swatch (Longines, Omega and Blancpain) scrapped selling on Amazon when Amazon refused to “proactively police its site for counterfeits and unauthorized retailers.” Smaller manufacturers complain that their business is being destroyed by Amazon counterfeit sales.

Disturbingly, Amazon recently started lowering third-party seller prices with as much as a 9 percent subsidy to destroy competitors. "This item is sold by a third-party seller. The discount is provided by Amazon."

Companies that facilitate criminal activity and profit from dishonest sales that impact consumer safety, jobs and public trust create a public perception of deception and impunity. However, the company's reputation damage is only a small part of the problem: the value of counterfeit and pirated goods is forecast to grow to $2.8 trillion, and cost 5.4 million net job losses by 20224 while manufacturers' brand integrity is tarnished or destroyed.

AAFA also sounded the alarm with the SEC.

Focusing on the apparel and luxury goods segments, the MarkMonitor Shopping Report found that while looking for deals online, one in five bargain hunters in the U.S. and Europe mistakenly shopped on e-commerce sites selling counterfeit goods.

In a letter to Alibaba executive chairman Jack Ma, AAFA president and CEO Juanita Duggan called for a plan that is more transparent and driven by certified brand owners. 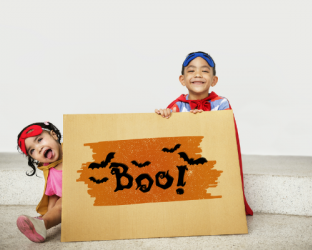 How Consumers Can Fend Off Fakes and Frauds This Halloween

Many shoppers may have sticker shock when looking for their costumes and rush to find cheaper alternatives for their Halloween needs this year, but they should be extremely careful when browsing online.

Learn how to use those familiar QR codes to protect your brand. 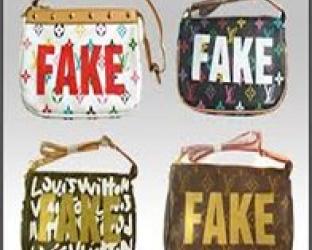 If it's Being Made, It's Being Faked

For brand protection, ISO 12931 is your best friend.