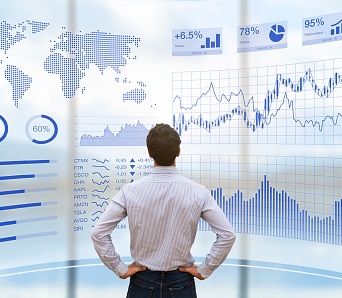 The power and influence of analytics is undeniable. It is being infused into every major retail system. Data-enhanced decision making is no longer a nice-to-have, it is a retail necessity.

Just one look around the packed room at RIS/CGT’s fourth annual Retail and
Consumer Goods Analytics Summit last month and the value of analytic insight becomes
abundantly clear. The Summit has shown good growth over the past few years, but the
2017 incarnation took it to the next level.

The buzz at the event was palatable. From the industry’s who’s who on the summit stage to the one-to-one meetings and educational workshops, our annual three days in Chicago each spring took on a next-level atmosphere.

The success of the event reflects the rising necessity of the industry to advance its analytic maturity. Retailers have plenty of business intelligence in their tech stack that inform them of what has happened, and even what is happening, but few have the vital capability to predict what is going to happen. That is the true power of data-informed decision making, and what every savvy and innovative retailer is striving toward. Retailers need to build and/or implement predictive algorithms that allow every department from merchandising to supply chain to marketing to make critical business decisions based on science that can predict future behavior and outcomes.

One of the highlights of this year’s conference was the release of the Retail and Consumer Goods Analytics Study. The annual research report produced by RIS in conjunction with CGT Magazine takes a hard look at analytics maturity across both the retail and consumer goods
industries and provides a measuring stick upon which the two industries can gauge their
analytic prowess.

Be sure to read the entire report to benchmark your analytic maturity against the industry. And make sure to meet us in Chicago at the end of April next year to hear what the industry leaders are doing to advance their analytic advantage.