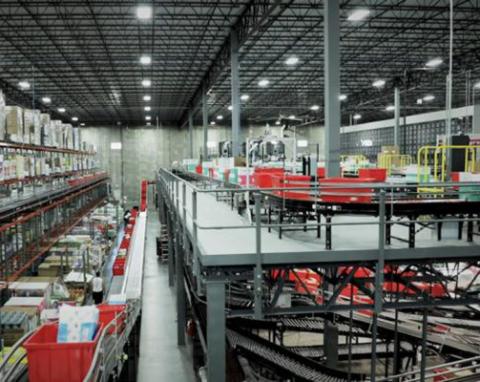 One of Boxed's automated warehouses

Online wholesale retailer Boxed is looking beyond e-commerce sales when it comes to its digital growth.

The membership company, which sells products in bulk online, has not only developed an online marketplace for third-party sellers, but it’s also selling digital advertising and has even inked a deal with Aeon to build out its end-to-end e-commerce network in Malaysia, according to an interview in Retail Leader, an RIS sister publication.

Aeon, which has more than 21,000 stores in 14 countries and generated $83 billion in revenue last year, is a Boxed investor. The partnership is expected to help Boxed scale its SaaS enterprise business, which is geared toward consumers building a basket vs. just purchasing a single item and checking out.

"So it's the website, mobile app, inventory management, robots, warehouse management, the CRM system, all of it," said Chieh Huang, Boxed CEO. "So in essence, anyone theoretically wanting to get started in e-commerce or revamping their e-commerce can make one phone call and have a white label version of what we built set up pretty quickly for them.”

Boxed has made automation a core part of its operations strategy since the the company got its start. Its warehouses make use of robotic pickers, conveyers and packing stations, with autonomous guided vehicles moving the goods to its human packers.

Read the full interview at Retail Leader to learn more about Boxed’s tech investments and what they could mean for other retailers.