When I met Jon Stine ages ago I immediately knew he was thinking several moves ahead of the retail tech game most of us were playing. Now Jon has switched games and moved to the Open Voice Network. Here’s why that matters. 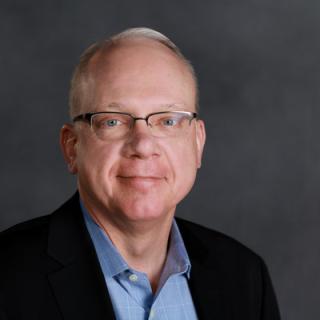 First, Jon is one of a handful tech leaders who rises above the typical profile of client engagement and solution-based skills. Jon is a futurist, a strategist, and a hyper articulate communicator. During his many years with Intel and Cisco he provided guidance to leading retail (and other industry) brands around the globe.

But after a long career with two of the premier tech companies, Jon recently quit and became the lead (day-to-day driver) for the Open Voice Network (OVN), an association dedicated to voice assistance that advocates establishment of policies that are open, standards-based, interoperable, accessible and data protected.

Reached by phone, Jon noted that AI-voice assistance will soon be a primary interface for all digital devices. The research behind this prediction is not only impressive but emphasizes “soon” as opposed to an extended timeline. Here are a few relevant datapoints:

There is much more data that can be included in this list, but Jon points out the revolution in AI-voice assistance is not be limited to search or just using smart phones and smart speakers. The revolution will include computers, laptops, cars, tools, appliances, machinery and much more.

However, that’s where the problem arises, because today a small group of market leaders are gatekeepers for what will soon become a ubiquitous technology. The gatekeepers control access to this opportunity-rich future.

Breaking Through the Gatekeepers

“I think of AI-enabled voice communication today as somewhat like the early browser wars,” says Stine, referring to the development of proprietary search engines, which ultimately evolved into community-driven, open-sourced browsers that emphasized accessibility and standards over proprietary extensions.

“Today, AI-driven voice communication is a relatively binary relationship – command and response,” says Stine. “But in the future there will be much more give and take, more human-to-machine conversation. In that world, it raises the question: do we need this technology to be standards-based and interoperable across all platforms? Should it be accessible to whoever wants to develop it with a registry of reference architectures and data-protected security? Should it be something similar to how Linux is an open alternative that lifts all boats?”

With that vision in mind, Jon began forming OVN early this year and is currently in the process of wining executive and financial support from leading U.S. and European commerce firms, tech companies, universities and industry associations.

The official launch of the organization is planned to occur in October and the game plan will be dedicated to three work streams:

Research that will lead to the proposal of standards, reference architectures and open platforms.

Awareness that will include communication and peer sharing of opportunities, best practices and challenges.

While AI-driven voice communication is still in its infancy and not high on the priority lists of most retailers, the boom in voice search indicates we are on the cusp of a voice commerce revolution, which will create a major new sales channel for retailers.

The question is will gateways to this major new channel be open to the many or proprietary and restricted to the few? Jon Stine and OVN are thinking several moves ahead in this game and their aim is to ensure AI-driven voice communication offers an opportunity to lift all retail ships.

Joe has been consistently named one of the top Influencers and Bloggers in retail by independent organizations. He is a frequently quoted source in business media and is also a frequent speaker at such conferences as the NRF Big Show, Shop.Org, and SXSW. Read More