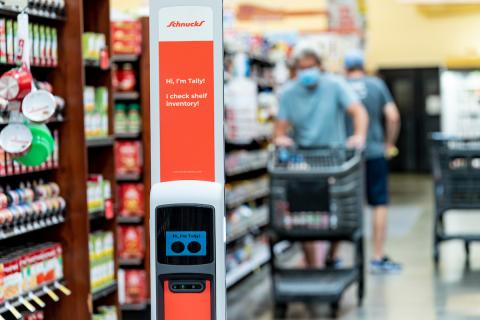 Four years after Tally robots first rolled onto a Schnucks’ floor, the grocery retailer is amid a chainwide expansion.

Ahead of news that Schnuck Markets is working with Simbe Robotics’ to bring Tally robots to all 111 Schnucks locations across the U.S., RIS sat down with Dave Steck, the grocer's VP of IT Infrastructure and App Development, to learn how the retailer went from pilot to full-scale rollout and what benefits AI-powered inventory management technology at scale will bring.

The process began in July of 2017, when Schnucks first piloted Tally robots in three stores. The robots traverse store aisles up to three times per day and autonomously capture on-shelf data, including inventory position, price accuracy, and promotional execution. From the kickoff, the grocer pushed the project to 16 stores in 2018 and increased app integration to understand more about what was really going on in the stores, says Steck, who’s been with the retailer for seven years.

“We brought in an outside consulting firm in conjunction with Simbe to do the analysis of the ROI. They came back that the robot would work in the ROI positive, really at all of our stores, but we wanted to kind of dip our toes in the water,” he says.

So to validate the numbers that Schnucks was seeing, based off of the outside consulting, the grocer rolled Tally out to 62 higher and medium volume stores in 2020.

“We couldn't just throw 111 robots out there without them being able to refine their processes,” he explains, noting that once the numbers were validated and store operations were ready, they made the decision to move forward with the chainwide rollout. Now Schnucks expects the expansion to be complete prior to the end of this calendar year.

“We've kind of gotten past all the challenges at this point; It's just the playbook now,” notes Steck. 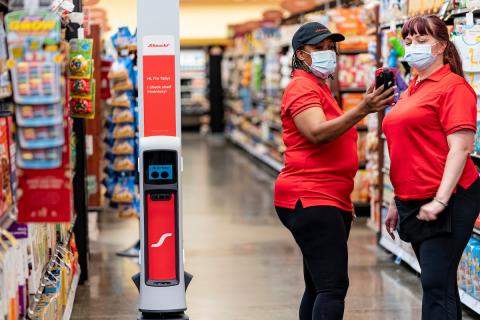 Now Schnucks only sends store associates info from Tally if there is a high confidence that it is something that is actionable in the store.

So what were the challenges along the way in implementing Tally? Steck says, when the retailer was testing the initial 16 stores, it would immediately notify associates over every single out-of-stock and the stores were just getting frustrated. In response the grocer has made the process “a lot smarter,” he notes. Now the company is only sending staff to the shelf or backroom once a day. And most importantly, “we're only sending them there if we have a high confidence that this is something that is actionable in the store.”

“Actionable” — a big buzz word in retail right now — for Schnucks it means that the retailer believes they have inventory somewhere in the store to correct the out-of-stock on shelf. “So we're not wasting their time,” he explains. In other circumstances, issues would be actionable somewhere else in the supply chain, such as an out-of-stock in the warehouse.

“So we have a really good understanding now of why it's out on the shelf,” he explains. “We're starting to swim upstream and understand the other supply chain factors that can be influencing why we're not able to get it to the stores or why it's at the warehouse. And [why] we didn't know ahead of time that the store was going to be out.”

Schnucks works off perpetual inventory (PI), which records inventory changes in real-time. By deploying Tally to all stores, it expects to fully operationalize insights into its supply chain and be able to leverage real-time data to make revenue impacting decisions. One example Steck gives is PI drift test.

“If the warehouse was supposed to pick two cases and they only picked one case and they sent it to the store, we still believe that there's a second case in there, so our PI number is going to be off," he says. Also, with different SKUs, such as Coke and Diet Coke, during a three for one sale for example, if the cashier just scans one item three times it automatically causes PI problems.

Now, after refining processes, Steck says the retailer has gotten to the point that it’s very confident in which situations it can do something at the store level to correct an out-of-stock.

“So it could be in the backroom and [associates will] go and bring it to the shelf and tell us if they brought it to the shelf, or they can go to the backroom and say, ‘you know what, we don't have it back here,’” he explains. “And then they will go in and manually update the perpetual inventory number to zero, which then triggers our auto replenishment to pick up from there.”

"The skepticism is based on really false information. If you really take a critical eye to your store operations, you may find things that you didn't know were there.”
Image 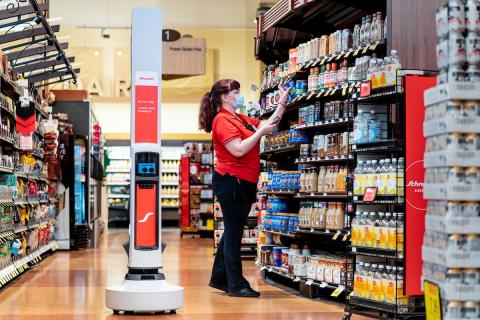 The former is just one example of how Schnucks can fully operationalize Tally’s data to improve business operations, ensuring better product availability, as well as faster order fulfillment for pickup and delivery. As regional grocery chains look to thoughtful technology adoption to compete with larger supermarket retailers, Schnucks is taking a fiercely data-driven approach – and it's paying off.

Since first introducing Tally in stores in 2017, Schnucks has found tremendous value, including at least a 20% reduction in out-of-stock items in stores using Tally (14-times more out-of-stock detection than manual auditing). The chainwide Tally rollout will make Schnucks the first grocer in the world to utilize AI-powered inventory management technology at scale, the retail says.

“Having [Tally] for all of the stores is just a huge factor for us because there's a lot of things that we can do when you get into data and analytics to try to understand what's really going on in the store,” says Steck. “Having that for all stores just makes that even more powerful for us.”

When asked his advice to other retailers looking at implementing automation solutions, he notes “there's a lot of skepticism on whether or not robotics plays in the space.”

“The skepticism is based on really false information. If you really take a critical eye to your store operations, you may find things that you didn't know were there.”

He continues, “if you look at the procedure and the processes that were put in place for how to manage inventory, you find all sorts of flaws in it. And what you believe to be true is way off base and that's where we found that Tally was anywhere from four-times to 15-times more accurate than what was being done manually.

"I think really, the best tip for implementing robotics is go out and manually scan your own stores, do some sampling and find out what the truth is. You'll be shocked.”
Image 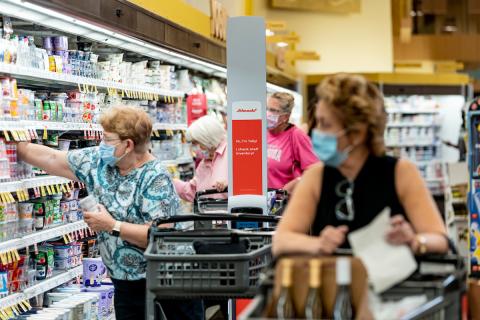 One of the reasons why the grocer went with Simbe — the robot is small, and it's not very intrusive to the customer shopping experience.

“I think really, the best tip for implementing robotics is go out and manually scan your own stores, do some sampling and find out what the truth is. You'll be shocked.”

He also notes the store associates have really embraced Tally.

“From a store viewpoint, there's some skepticism at first, but once they get the robot in there, then they really understand the value that it is providing for them.

"From a customer viewpoint, what we were really big on — one of the reasons why we went with Simbe — is the robot is small, and it's not very intrusive to the customer shopping experience. It hugs the shelf. It doesn't go down the center of the aisle. It doesn't have bright lights on it. It makes a little noise to tell people that it's there and a lot of customers don't even pay any attention to it.

"You will always find somebody that wants to have something negative to say about something, but that voice is not very loud for the most part. People either ignore it or they're very positive about it."