Amazon will acquire organic grocer Whole Foods Market in an all-cash transaction valued at approximately $13.7 billion.  At $42 per share, the purchase includes Whole Foods Market’s net debt. The deal is expected to close in the second half of 2017. 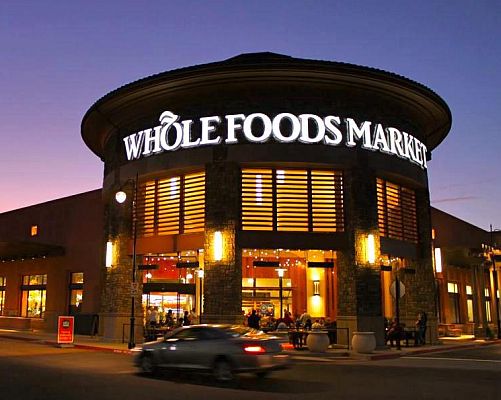 “This partnership presents an opportunity to maximize value for Whole Foods Market’s shareholders, while at the same time extending our mission and bringing the highest quality, experience, convenience and innovation to our customers,” saidJohn Mackey,Whole Foods Marketco-founder and CEO.

"Amazon has made it no secret that they obviously want to go after grocery in a big way," says Michelle Fenstermaker, Strategy Director, Fitch. "Whole Foods was set up beautifully to be acquired by them. What they'll do with it remains to be seen."

Fenstermaker notes that Amazon has realized that they need a physical destination for people. So the question is, will this just be an extension of the Amazon Go concept or will they use this as part fulfillment center? Will this make Prime Now your place for groceries? There is a trust factor that Whole Foods brings to the table. 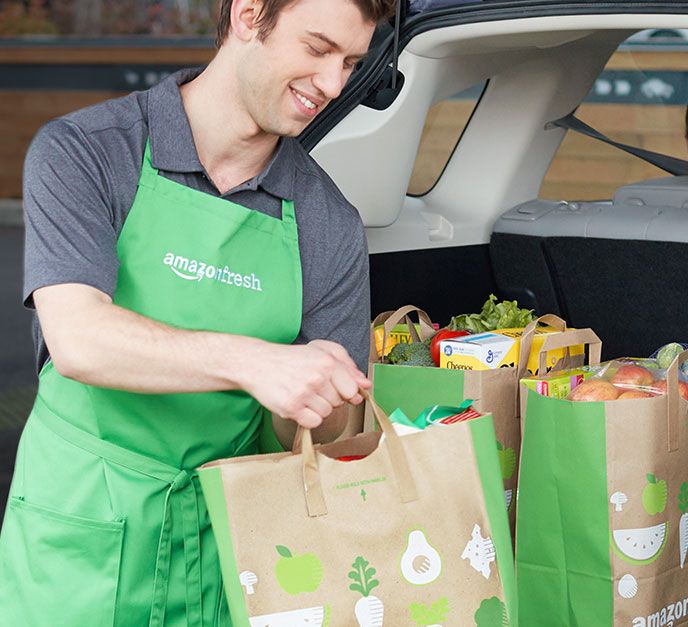 "It just shows their commitment of taking over every area of retail. This is the last big hurdle that they had to jump," she says.

Whole Foods recently made some big moves in an effort to show it's open to change. The grocer has been under pressure to take action or seeka salefromtwo large shareholders and justappointed five new directors to its Board of Directors and a new Chief Financial Officer.

"We understand that we need to do much more, and faster," Mackey recently commented. "Our competitors are not standing still. We need to ensure our company remains a leader in this fast-growing sector."

Experts Weigh In On Amazon's Move

Both Amazon and Whole Foods are known for great customer service, says John Lauderbach, VP Information Technology at Roche Bros. Supermarkets, noting that efficiency can bring prices down and he doesn't  see a disconnect between the two.

"Grocery will never be the same (give it year)," he notes. "Grocery has some good technology but by in large has been the laggard of retail - I suspect Amazon will be doing some Amazon things especially with customer intimacy and operational efficiency and procurement."

"Amazon can do anything they put their collective minds to," he follows. "If Mr. Bezo's team can transform the newspaper business they can transform grocery."

“As Amazon infiltrates the physical grocery store market with their acquisition of Whole Foods, their stock of pantry goods and proximity to delivery locations is heightened immensely, with local Whole Foods stores serving as a secondary warehouse of sorts," says Greg Ng, VP of digital engagement atPointSource. "This will allow Amazon to increase their organic product offerings and give them the brick-and-mortar infrastructure to expand the Amazon Pantry model further through Amazon Now. The additional physical presence of Whole Foods stores is providing Amazon with the ability to create a more efficient supply chain in order to meet customer expectations for a grocery commerce experience that is fast and offers convenient distribution.”

“Over the past several months, whenever we have come across skeptics that Amazon would be a big player in grocery, we’ve told them betting against Amazon hasn’t been a bright move for the past 20 years, and that they’ll likely do whatever they need to establish that presence,” says Sam Jennings, Marketplace Strategy (MPS) senior Amazon strategist, said Friday. “Clearly this is a game-changing step.”

The acquisition provides Amazon a potential 400-plus new locations to deepen its infrastructure and ability to deliver all types of products, including refrigerated and frozen items.

"Whole Foods has over 430 stores globally; meaning Amazon has acquired more than 430 new properties to use as distribution centers," says Adrien Nussenbaum, U.S. CEO and co-founder, Mirakl. "Retailers already concerned about Amazon's strength in digital commerce now need to contend with the reality: Amazon is coming after brick and mortar, too. I talk with retailers every day who are in denial of Amazon’s impact on their business. But Amazon understands that retail and distribution have changed forever. It's no longer about buying and reselling products, but about creating incredibly valuable ecosystems. This news changes everything, and from my perspective there can be no more denying the Amazon effect, and how the company has completely changed retail."

“For any mid-sized brand who has resisted selling direct on Amazon, or any large brand who hasn’t made Amazon optimization a priority, it’s now going to be put-up-or-shut-up time,” Curtis Rummel, MPS lead Amazon strategist, said. “Success on Amazon is driven almost entirely by digital strategy, which is a huge departure for grocery brands who have succeeded based on retail relationships and shelf space for decades.”

Whole Foods itself has remained a fairly brick and mortar based company, lacking a lot of the flashy retail tech other companies have been adding.

“Millions of people love Whole Foods Market because they offer the best natural and organic foods, and they make it fun to eat healthy,” said Jeff Bezos, Amazon founder and CEO. “Whole Foods Market has been satisfying, delighting and nourishing customers for nearly four decades – they’re doing an amazing job and we want that to continue.”

"It will be interesting to watch what changes Amazon implements at Whole Foods stores to move the company from a traditional grocery chain to a 21st Century grocery enterprise," says Mighael Botha, CTO, Software AG.

"Other grocery retailers were already under tremendous pressure because of the apparent ‘war’ between Amazon and Walmart, as well as the imminent entry of Germany’s Lidl into the US market. This acquisition is already adding additional pressure to grocery retailers to accelerate the evolution of their business to embrace a more modern digital platform to engage, retain and acquire customers. These retailers will have to act fast to ensure they survive in an industry where digital disruption has only now arrived."