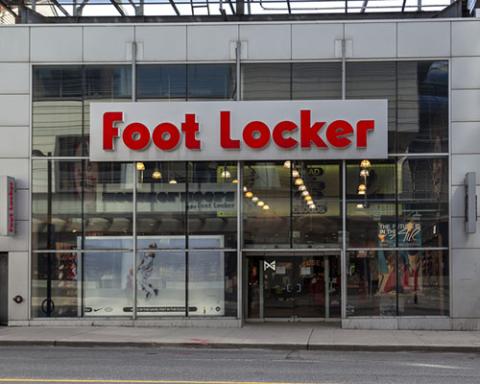 Foot Locker is expanding its global footprint with the acquisition of retailer WSS in the U.S. and Atmos in Japan as the company plots a post-mall future.

Foot Locker will acquire WSS — an athletic footwear and apparel retailer that operates 93 off-mall stores in California, Texas, Arizona and Nevada — in a $750 million cash deal. Founded in 1984, WSS focuses on the growing Hispanic consumer market and recorded about $425 million in revenue in fiscal 2020.

About 80% of WSS’ sales stem from members of its loyalty program, and Foot Locker, the No. 48 retailer in terms of retail market share, expects the deal to help it reach a broader range of consumers across price points.

Richard Johnson, Foot Locker chairman and CEO, said the company is focused on growing through key industry white spaces, and it sees opportunities to expand WSS and its stores into new geographies in North America.

“WSS has built a successful, high-growth business by pioneering the neighborhood-based store model, built on community engagement and a full-family offering,” Johnson noted. “This acquisition enhances our product mix and provides access to a customer base and store footprint that are both differentiated from and complementary to our current portfolio.”

As part of its global expansion strategy, Foot Locker will also acquire premium apparel and footwear brand and retailer Atmos in a $360 million cash deal. Founded in 2000, Atmos operates 49 stores across the world, including 39 in Japan, and generated about $175 million of revenue in fiscal 2020, with more 60% of this through digital channels.

Foot Locker currently operates about 3,000 retail stores in 27 countries across North America, Europe, Asia, Australia and New Zealand under the Foot Locker, Kids Foot Locker, Champs Sports, Eastbay, Footaction, and Sidestep brands, as well as 131 franchised stores in the Middle East. The company is coming off a strong first quarter, in which it’s sunk $51 million into its store fleet, digital platforms, supply chain and logistics capabilities, as well as other infrastructure investments.

Johnson said Atmos will provide a critical entry point in Japan, describing the company as being uniquely positioned thanks to its innovative retail stores, high digital penetration and influential products.

While the deals aren’t exactly transformative given the sizes of the companies, they will provide Foot Locker with a toehold in new markets and give scope for growth in new markets, Neil Saunders, managing director of retail at GlobalData, told RIS News.

Both deals are expected to close in Q3, with both brands retaining their names and operating as Foot Locker portfolio banners.