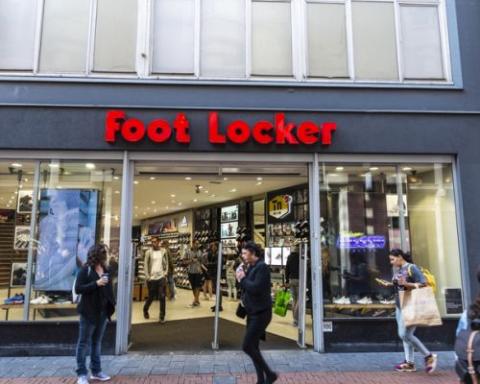 Foot Locker announced it will eliminate its Footaction banner to position its store fleet for the future.

On the heels of a strong first quarter that beat estimates, the retailer decided to convert approximately one third of its Footaction stores into other existing banner concepts over the course of the year to focus growth on its iconic banners. The company will close the majority of the remaining Footaction stores as leases expire over the next two years.

One-third of the top performing Footaction locations will be transformed into new Foot Locker stores, establishing a bolder women's and kids presence as well as new Champs Sports and Kids Foot Locker stores, CEO Dick Johnson said. The retailer intends to grow the Champs Sports homefield concept, with extended assortment for men's, women's and kids that will expand to include lifestyle and performance categories.

“I'd like to personally thank and commend the Footaction team for their tireless efforts over the years,” said Johnson. “Through their contributions, we've gained valuable learnings and consumer insights. As we look ahead, we see this as an opportunity to strengthen our global portfolio of brands, increase our value to our shareholders and vendor partners and ultimately position Foot Locker, Inc. to better serve our consumers in a post-COVID marketplace.”

During the first quarter of 2021, the company opened 12 new stores, remodeled or relocated 15 stores, and closed 58 stores.  As of May 1, 2021, Foot Locker operated 2,952 stores in 27 countries in North America, Europe, Asia, Australia, and New Zealand, as well as 131 franchised Foot Locker stores operating in the Middle East.

Foot Locker also invested $51 million in its store fleet, digital platforms, supply chain and logistics capabilities, and other infrastructure in Q1. Looking ahead, it expects to spend approximately $275 million in capital expenditures this year, in line with its prior guidance.

“This new store in Barcelona sets a precedent for us in Europe with its innovative technology for an improved customer experience, and design elements from local artists, showcasing the diversity of the city and its vibrant youth culture,” Susie Kuhn, SVP and General Manager at Foot Locker in Europe told RLI. “It also builds a deeper connection with our local community, providing them with a space that goes beyond the traditional retail space and makes visitors, locals and basketball fans active participants. “