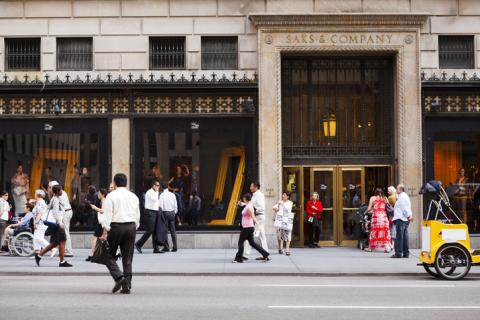 Hudson's Bay Corporation (HBC), which owns department store Saks Fifth Avenue, has agreed to be taken private by a group of its shareholders after they raised their offer.

The group is headed up by Richard Baker, executive chairman of HBC, and includes Rhone Capital LLC, WeWork Property Advisors, Hanover Investments and Abrams Capital Management. The investors, who together own 57% of Hudson’s Bay, have agreed to pay C$10.30 ($7.84) a share in cash for shares outstanding. The offer represents an increase of 9% over the group’s initial proposal in June of $9.45 per share.

The new deal values the Canadian retailer at $1.9 billion, according to Bloomberg.

Founded in 1670, HBC is the oldest company in North America and includes more than 300 stores and about 40,000 employees around the world. HBC’s businesses across North America include Saks Fifth Avenue, Hudson’s Bay, Lord & Taylor, and Saks OFF 5TH.

David Leith, chair of the Special Committee established by the HBC Board of Directors to consider the initial privatization proposal, said, “we are pleased to have reached an agreement with respect to a transaction that provides immediate and fair value to the Minority Shareholders. The Special Committee is confident that this transaction represents the best path forward for HBC and the Minority Shareholders."

HBC has struggled in the new retail environment, reporting a $984-million loss in its second quarter of 2019. In August the retailer announced it would sell Lord & Taylor, founded in 1826, to seven-year-old apparel rental subscription service Le Tote, Inc. for $100 million.

“With the Lord & Taylor sale agreement, our focus is now squarely on Saks Fifth Avenue and Hudson’s Bay - businesses that have the greatest potential for HBC amid the consolidating industry,” interim CFO Rebecca Roof said in its latest earnings call.

Earlier, this month, HBC also completed the sale of its European real estate and joint ventures to its partner, SIGNA Retail, for approximately $1.5 billion (€1 billion). HBC will close its 15 Hudson’s Bay stores, e-commerce site and headquarters in the Netherlands by the end of the year.