Importer Beware: Use of False Claims Act Against Trade Violations On the Rise

Importer Beware: Use of False Claims Act Against Trade Violations On the Rise

By Larry Ordet - 01/05/2015
Get great content like this right in your inbox.
Subscribe
Importers, particularly of politically sensitive items such as textiles and apparel, are used to having to navigate a minefield of U.S. laws and regulations that can have significant financial ramifications if violated. Today there is another hazard in their path, one that could blindside them with hefty penalties and a very public hit to their reputation. Use of the False Claims Act to pursue fraudulent avoidance of tariffs and other import charges is on the rise and could affect even those companies striving to do things by the book.

The False Claims Act prohibits false or fraudulent claims for payment to the federal government and permits civil actions based on such claims to be brought by private individuals acting on behalf of the government based on their knowledge of alleged fraud committed against the government. The law is primarily used to combat fraud in federal procurement and programs, but there has been a noticeable upswing in the number of FCA cases involving customs violations. In 2013 a Japanese company and its affiliates paid $45 million to resolve allegations that the country of origin on documents presented to U.S. Customs and Border Protection was falsified to evade antidumping and countervailing duties. A Colorado corporation paid $4.3 million over charges brought by its former supply chain director that for six years it knowingly omitted the value of assists from the dutiable value of goods declared on entry documents. A New Jersey-based distributor agreed to pay $2.3 million to resolve allegations by a former employee that it caused the submission of false country of origin claims for products sold to federal agencies. A California company paid $1.2 million after a former manager alleged a double-invoicing scheme that resulted in the underpayment of duties.

Of particular note to textile and apparel companies is a case in which two New York importers of women’s apparel agreed to pay $10 million to settle charges that over a nine-year period they purposefully evaded millions of dollars in customs duties by undervaluing their shipments. These importers acknowledged repeatedly presenting to the federal government commercial invoices that reported less than the actual value of the apparel while paying the foreign manufacturers higher amounts pursuant to separate invoices referred to as “debit notes.” One of the importers was reported to have said in its defense that such fraud is an “industry practice,” leading the attorney for the whistleblower who reported the two importers’ conduct to speculate that this case “may be only the tip of the iceberg.”

Likely the key factor behind the growing use of the FCA to prosecute customs violations is the financial incentive for bringing FCA cases. Violations may be met with civil penalties of up to $11,000 per false claim (e.g., per customs entry) and three times the government’s actual damages. Further, a provision added to the FCA in 1986 allows whistleblowers who file lawsuits on behalf of the government based on their knowledge of corporate malfeasance (known as qui tam cases) to receive up to 30 percent of any penalties awarded. This change has led to more investigations and greater recoveries, with the number of qui tam suits filed in fiscal year 2013 reaching 752 (up 100 from the record set the previous year) and recoveries that year totaling $2.9 billion, part of a $17 billion haul since 2009 that represents half of all recoveries since the FCA’s revision in 1986. Whistleblowers were awarded $345 million in FY 2013, and the former corporate officials and competitors who filed the cases mentioned above were typically awarded hundreds of thousands (and, in some cases, millions) of dollars.

Whistleblowers are also presented with what might be called a target-rich environment due to the prevalence of undervaluation, false origin marking, and other fraudulent practices so attractive because of the potential windfall they offer. There are still some products, such as textiles and apparel, that are subject to high U.S. import duties, and it can be a tempting proposition to use unscrupulous means to take advantage of a free trade agreement or other tariff lowering program. The U.S. also remains a vigorous user of antidumping and countervailing duties that can exceed 300 percent, giving foreign manufacturers who produce or ship products from countries that are frequently targets of such charges more than enough reason to try to find a way around them. Federal authorities have pledged to “zealously” pursue “those who inappropriately avoid paying money owed to the United States” and their tactics may be evolving from prosecuting individual cases to investigating shipments from specific industries or countries more broadly.

Moreover, previous violations that may already have been cleared up with CBP are not exempt from a second look by the Department of Justice, which can result in criminal penalties and even jail time. Leslie Caldwell, assistant attorney general for the DOJ’s Criminal Division, told a conference Sept. 17 that her division is “increasing [its] commitment to criminal investigations and prosecutions that stem from allegations in False Claims Act lawsuits.” Caldwell said the Criminal Division has “recently implemented a procedure so that all new qui tam complaints are shared by the Civil Division with the Criminal Division as soon as the cases are filed” and a determination can therefore be made as to whether to open a parallel criminal investigation. She encouraged private parties to “reach out to criminal authorities in appropriate cases, even when you are discussing the case with civil authorities,” noting that the earlier a criminal investigation is begun “the more legal tools and investigative techniques we have available to us.”

In this environment, where it is easier than ever for a disgruntled worker or an advantage-seeking competitor to use the FCA to subject companies to unwelcome scrutiny, importers must be careful to protect their interests. Trade and customs rules must be followed meticulously and compliance must be documented carefully. Clear policies and procedures need to be developed and disseminated to all appropriate personnel, and regular self-audits should be conducted to ensure those policies and procedures are being followed and allow for early detection of any discrepancies. If problems do arise they should be handled swiftly and completely. These steps can not only help to prevent the types of missteps that could wind up the subject of an FCA case but may also aid in your defense if you do find yourself in court. 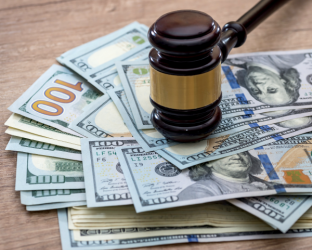 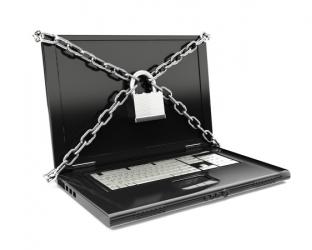 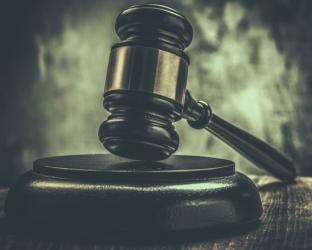 Apparel
Promotional Pricing: On the Right Side of the Law 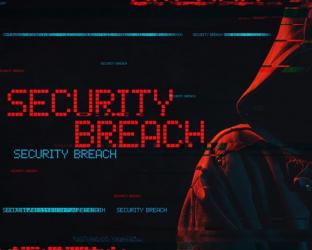