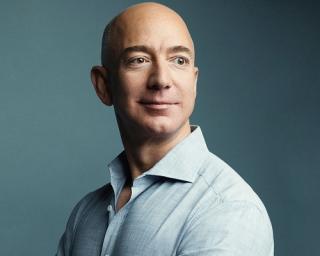 Jeff Bezos says Amazon is not too big to fail.

Here is a bit of good news for the rest of the retail industry: Amazon’s CEO Jeff Bezos believes that the mega-retailer will eventually go bankrupt.

The bad news: He has placed the timeline for Amazon’s downfall in the three-decade range.

It is hard to imagine that the industry’s biggest disruptor and greatest success story over the past 20 years will ever go belly-up, but Bezos says the retailer is not immune to the eventual downturn every successful company must face.

CNBC reports that in an all-hands meeting prior to announcing the locations for Amazon’s second and third headquarters, an employee asked Bezos about the future of the company.

"Amazon is not too big to fail," Bezos said, in a recording of the meeting attained by CNBC. "In fact, I predict one day Amazon will fail. Amazon will go bankrupt. If you look at large companies, their lifespans tend to be 30-plus years, not a hundred-plus years."

What catastrophic event will bring down one of the greatest retail empires the world has ever seen? Bezos doesn’t say. But he suggests that if the company ever switches its focus from its customers to its own internal desires that will spell doom for the e-commerce giant.

"If we start to focus on ourselves, instead of focusing on our customers, that will be the beginning of the end," he said. "We have to try and delay that day for as long as possible."

For more on the Bezos’ prediction for the future of Amazon click here to read the full CNBC report.