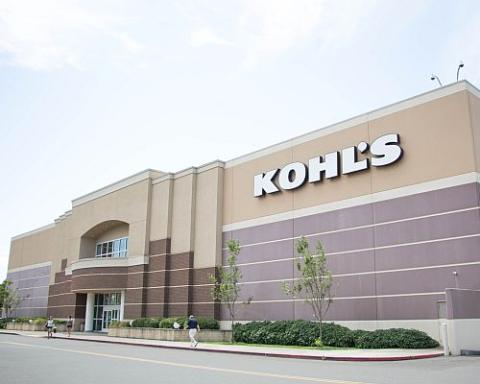 Activist group Macellum seeks to take control of Kohl’s board by nominating 10 directors.

Kohl’s responded that the retailer believes Macellum’s effort is “unjustified and counterproductive.”

“Kohl’s appointed two of Macellum’s designees, along with an additional mutually agreed upon designee, to its board pursuant to the 2021 settlement agreement with Macellum and certain other shareholders,” the retailer said in a statement Thursday. “All members of the Kohl’s board, other than its CEO, are independent.”

Kohl’s came under fire from activist investor Macellum Advisors, when on January 18, the company, which holds nearly 5% of the outstanding common shares of Kohl’s, issued an open letter to its fellow shareholders.

Kohl’s rejected two takeover offers, which it said do not reflect the company’s value, considering its future growth and cash flow generation. The retailer then adopted a shareholder rights plan, also known as a “poison pill.”

In reaction to this, Macellum said “we are convinced – now more than ever – that a majority of the company’s board needs to be refreshed.” In a letter to shareholders, Macellum said, “The board’s decision to hastily reject at least two recent expressions of interest to acquire the company, both of which included sizable premiums, suggests it is no longer operating with impartiality and objectivity. The fact that the Board simultaneously adopted what appears to be an onerous, two-tiered poison pill indicates to us it is also no longer prioritizing shareholders’ interests. In our view, any directors that support such patently anti-shareholder maneuvers cannot be trusted to credibly evaluate potentially value-maximizing alternatives versus management’s perpetually ineffective plans.”

[Learn more about Kohl's: The Anti-Mall: How Innovative Store Partnerships Are Changing the Face of Retail]

“Macellum’s claim that Kohl’s Board is not equipped to evaluate sale opportunities is groundless,” Kohl’s said in a statement on Thursday. “The board designated its finance committee – which is comprised entirely of independent directors, was formed pursuant to the settlement with Macellum and includes one of Macellum’s 2021 designees – to lead the review of any expressions of interest. Additionally, the company and the board have engaged financial advisors, including Goldman Sachs and PJT Partners, and have asked Goldman Sachs to engage with interested parties.

"Furthermore, Macellum’s claim to be ‘disappointed and shocked’ by Kohl’s rejection of the previously disclosed expressions of interest is disingenuous. Macellum has on multiple occasions stated publicly that Kohl’s is worth ‘at least $100 per share.’”

One of the unsolicited offers was for $64 a share in cash, by a group led by Acacia Research Corp., which activist hedge fund Starboard Value LP controls. The other bid was for an undisclosed amount and rumored to be from Sycamore Partners.

“Finally, Macellum’s comments on the board’s adoption of a limited-duration shareholder rights plan are misleading,” Kohl’s stated. “The board adopted the rights plan to protect shareholder value by ensuring that the board can conduct an orderly review of any expressions of interest and by preventing any person or group from gaining control of Kohl's through open market accumulation.”

The rights plan does not preclude the board from considering offers that “recognize the value” of the retailer.

Macellum alluded to the idea that Kohl’s was meeting with Amazon, which Kohl’s already has a partnership with. Kohl’s completed a nationwide rollout of its Amazon returns program in 2019, where shoppers can return Amazon orders in stores and Kohl’s will pack, label, and ship the return for free. Macellum claimed reports are “swirling” about the company’s jet recently flying to Seattle, WA, where Amazon is headquartered.