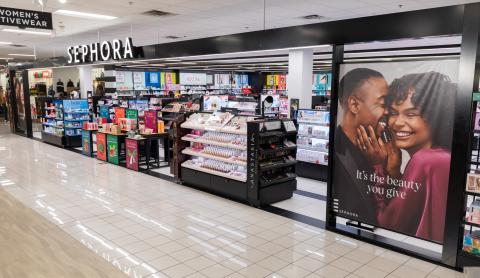 Kohl’s Corp confirmed on Monday it has received “multiple preliminary indications of interest.”

Kohl’s board of directors is reviewing the offers to acquire the retailer, but it said the proposals received are non-binding and without committed financing.

The department store faces pressure from activist investors to sell. It previously rejected two takeover offersfrom Sycamore and Starboard Value-backed Acacia Research, which it said do not reflect the company’s value. The retailer then adopted a shareholder rights plan, also known as a “poison pill.”

Activist group Macellum, which owns around 5% of Kohl's stock, is seeking to take control of Kohl’s board by nominating 10 directors. Macellum said in February that the board’s decision to “hastily reject at least two recent expressions of interest to acquire the company, both of which included sizable premiums, suggests it is no longer operating with impartiality and objectivity.” Kohl’s responded to the nominations saying it believes Macellum’s effort is “unjustified and counterproductive.”

While Kohl’s didn’t disclose the names of the companies making the recent preliminary offers, Reuters has reported Canadian department store chain Hudson's Bay Co is bidding on the American chain.

Kohl’s board has authorized Goldman Sachs to coordinate with select bidders to assist with further due diligence so that they have the opportunity to refine and improve their proposals. As previously announced, the Finance Committee of the Board is leading the ongoing review of any expressions of interest. The Finance Committee, which was formed pursuant to the 2021 settlement agreement with Macellum Advisors GP, LLC and other shareholders, is comprised exclusively of independent directors.

In a letter to shareholders on Monday, Kohl's urged them to vote in favor of all 13 of its nominees, noting Macellum is “seeking to take control of your board with a slate of less qualified nominees.”

“Kohl’s is committed to engaging constructively with all our shareholders,” it stated in the letter. “However, we believe Macellum’s efforts to take control of Kohl’s are unjustified and unwarranted and highly concerning given Macellum's intentions to engineer short-term financial actions that could damage the long-term future of the company. We urge you to discard any White proxy card you may receive from Macellum.”

Kohl’s then laid out its strategy to drive sustainable growth which includes:

Building a $2 billion beauty business with Sephora: Kohl’s is opening an additional 400 Sephora at Kohl’s shops in 2022 and will have at least 850 stores in 2023. “This partnership is highly accretive to our operating margin, and we expect a significant return on our investments with a payback period of fewer than 3.5 years,” it said.

Growing digital sales to $8 billion: “We are executing plans to grow our digital business from ~$6 billion to $8 billion in sales, benefitting from Sephora and loyalty initiatives as well as converting more store customers to omnichannel, which increases overall productivity,” it said.

Driving a data-centric approach to create value: “We are increasing our data science capabilities to provide greater relevance to our customers,” it said. “We are using data to increase our everyday value through our rewards program and make our marketing more personalized and effective. The data science capabilities we continue to build will accelerate our personalization and localization efforts across the business.”

Refreshing and building new stores: Kohl’s said it plans to open over 100 stores in the next four years, allowing it to reach more customers in smaller markets, and unlock a $500-plus million sales opportunity with a 15%-plus targeted return on investment. The move is expected to help with its digital business, as Kohl’s stores are fulfilling 40% of online orders.