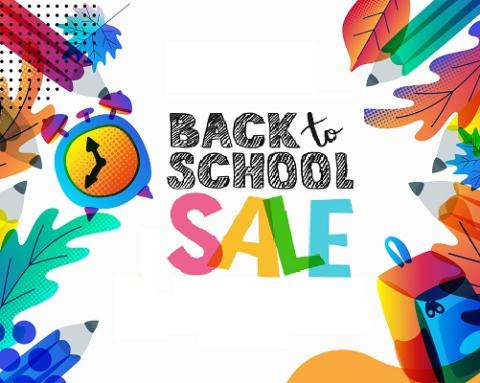 Back-to-school spending is expected to reach $27.8 billion, averaging $519 per student in households buying clothing, supplies, computers and electronics for children in grades K to 12, according to Deloitte’s annual “Back-to-School Survey.”

Spending on electronics and gadgets (smartphones, tablets, wearables) are set to rise $800 million, a 29% increase over 2018. Consumers planning to purchase these items (22%) intend to spend an average of $305 on them.

Most back-to-school purchases will continue to occur in stores (56%), consistent with prior years, but online is gaining ground and set to grab 29% of back-to-school spending, up from 23% last year. The increase reflects a shift online among individuals who were previously undecided between online and in-store.

Overall, use of personal computers for back-to-school shopping is down from 49% in 2018 to 42% of respondents in 2019, while 60% are reaching for their smartphones this year, primarily to visit a retailer’s website (54%), obtain price information (51%) and look for discounts/promotions (51%).

“For the first time, people are telling us they’re just as likely to use a smartphone to make purchases as a laptop or desktop, which previously held the lead when it was time to click the ‘buy’ button,” said Rod Sides, vice chairman, Deloitte LLP and U.S. retail, wholesale and distribution leader. “Additionally, we continue to see just over half of purchases occurring in the stores, with undecided shoppers gravitating online. Retailers who understand this will position a range of in-store and digital offerings to meet consumers where they are.”

Price remains the most important criteria for back-to-school shoppers. The top two considerations when deciding where to shop are sales and discounts (69%); and competitive prices (57%). While most people also see convenience when shopping, only one-fifth (21%) plan to buy pre-configured school kits from their child’s school or Parent Teacher Association/organization.

Mass merchant stores remain dominant, with nearly 90% of respondents planning to visit these stores for back-to-school shopping. Notably, online-only retailers have replaced dollar stores as the No. 2 destination (dollar stores held the second-place ranking for the past two years).

Clothing and accessories account for more than half of back-to-school spending (54%), followed by school supplies (22%), electronic gadgets (13%); and computers and hardware (11%).

About 60% of respondents intend to start their school shopping one month to six weeks before school begins, with late July and early August being the busiest — accounting for $17.3 billion in seasonal spending. Shoppers starting in the two weeks immediately before the start of the school year may spend more in the final rush, with an average spend of $889, or $370 more than the average.