For the Love of Golf: PGA Tour Superstore Wins With Experiential Retail

For the Love of Golf: PGA Tour Superstore Wins With Experiential Retail

At a time when brick-and-mortar stores are closing and their place is being reevaluated in the retail landscape, the grass is greener at PGA TOUR Superstore.

The golf retailer continues to drive nationwide expansion, having just opened its 42nd store, in East Hanover, NJ, and it's quadrupled its number of brick-and-mortar stores since Arthur M. Blank, co-founder of The Home Depot and owner of the Atlanta Falcons, acquired the company in February 2010. A decade later, it's enjoying 46% growth, 22% comp sales growth, and 91% e-commerce comp sales growth since 2017 and plans to open two more new stores this spring (Palm Beach Gardens, FL, and Columbus, OH).

Around three years ago, the retailer overhauled its entire simulator stock in a multi-million dollar project.

PGA TOUR Superstore’s success stems from its experiential stores, which are staffed with teaching professionals. These certified golf instructors gave around 60,000 lessons inside the stores in 2019, and the retailer expects that number to grow this year. The average store features multiple state-of-the-art swing simulators, practice hitting bays, and large indoor putting greens. There is also an in-house club making and repair facility.

Among all the experiences and services, there is golf (and tennis) merchandise, of course, as well as a plethora of equipment, accessories, and men's, women's and juniors' apparel and footwear. The stores’ purpose, however, isn’t only to sell merchandise.

In 2018, 24.2 million Americans age six and up played on a golf course, and another 9.3 million participated exclusively in off-course golf activities at places like driving ranges, indoor golf simulators or golf entertainment venues, according to the National Gold Foundation.

“We feel that it's our responsibility to help grow the game,” Randy Peitsch, SVP, Operations, for PGA TOUR Superstore tells RIS. “We're not really satisfied with only 15% of people playing golf. And we feel like our stores are responsible for [growing the game].”

While the PGA Tour stores offer plenty for the golf enthusiast who wants the latest and greatest, the stores try to appeal from this top level all the way down to someone just starting the game.

“We have a lot of activity-based areas in our store,” says Peitsch. “We have disproportionate amounts of putting greens, for example. So if you're not a great golfer, most people that can walk in can pick up a putter and roll putts. So we like to see activity areas be a little bit larger and a little bit more front and center to our store, as opposed to just cramming merchandise right in front of them as soon as they walk in the door.”

With such a small part of the population, we have to be in the relationship business and not just the transaction business.
Randy Peitsch, SVP, Operations, for PGA TOUR Superstore

The stores’ simulators, for example, can be used to get fitted for clubs to purchase, but customers can also come in and virtually play golf courses, such as Pebble Beach, by themselves or with family and friends. There are also non-traditional kids' games in the simulators, such as underwater putting or breaking-glass scenarios.

“We are intentional about putting those, not just so they're visible for the customer, but really encouraging participation,” Peitsch explains, “because we want customers to have fun and have a great experience."

If that leads to the shopper buying a set of clubs, that’s great, he says, but if doesn’t and they just need a lesson or they get to work on their game in a simulator, “we encourage all of that.”

“With such a small part of the population, we have to be in the relationship business and not just the transaction business,” he notes.

This mission seems to be paying off for the golf retailer, which is grew its customer base by 500,000 in 2019, bringing its annual visitors to approximately 8 million a year.

Keeping up with technology

With such rapid growth, PGA TOUR Superstore has had to be swift to invest in its store technology. Around three years ago, for example, the retailer overhauled its entire simulator stock and went to a different provider. It was a multi-million dollar project to replace all of its simulators with brand new technology, but, as Peitsch says, they couldn't be happier.

“Once again, it serves the customer a lot better to have more accurate, better data and better graphics.”

Almost the price of entry of being a retailer today is knowing who your customer is and what their behavior is through data.
Randy Peitsch, SVP, Operations, for PGA TOUR Superstore

In addition to the simulators, where there's a ton of data that's hitting a fixed environment that appears up on a screen, Peitsch says iPads in the stores allow for everything from answering questions about golf, to monitoring store inventories, to helping customers buy things online that might be hard to find in the store.

Peitsch, who is not only responsible for all day-to-day operations but also has oversight for the company’s IT department, says PGA TOUR Superstore is in the process of shopping for a new POS system that will enable it to be even more modern and capture more customer behavior.

“We do have a database of our customers, as well as a record of when they come in, hit balls, get a lesson, get a club regrip or make a purchase,” he says. “But we need to tie all that together and know our customer better and better.”

“Almost the price of entry of being a retailer today is knowing who your customer is and what their behavior is through data,” he continues. 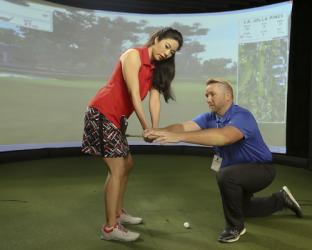 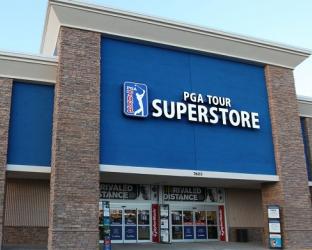 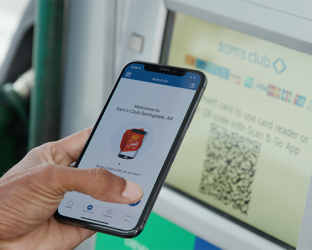 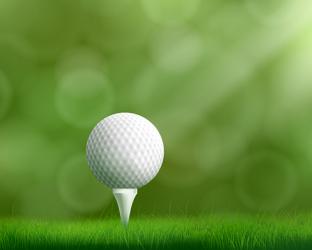 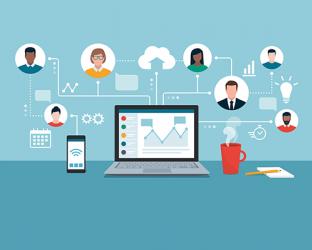 Store Systems
Leading Through a Pandemic