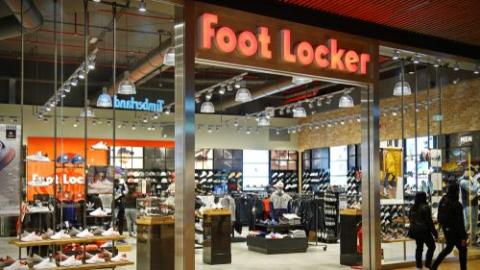 Foot Locker is tapping former Ulta Beauty head Mary N. Dillon as its next CEO, while Hy-Vee has named a CEO and president of Hy-Vee’s retail operations.

Hy-Vee chairman and CEO Randy Edeker has named Jeremy Gosch as CEO and president of Hy-Vee’s retail operations as well as vice chairman of Hy-Vee’s Board of Directors.

Johnson will continue as executive chairman of the board through January 31, 2023, and will step down from the board at that time, subsequently remaining with the retailer as a senior advisor to the chief executive officer until early April 2023 to facilitate a smooth transition.

The company's board has determined that the chair and chief executive officer roles will be separated, also effective September 1, 2022, and the company's lead independent director, Dona D. Young, will become non-Executive chair, effective February 1, 2023.

Johnson has had a distinguished three-decade long career at Foot Locker, including having served as the CEO since 2014 following two years as COO and holding multiple other divisional leadership roles. During Johnson's tenure, he has led the development of the company's strategic imperatives and long-term plan, overseen sales growth to approximately $9 billion in 2021 from approximately $7 billion in 2014, been responsible for a number of investments and acquisitions, including WSS and atmos in 2021, led Foot Locker's digital transformation and strategy to expand into new geographies as well as diversify product mix across brands and categories, along with strengthening the company's focus on DE&I and ESG initiatives.

"It has been a privilege and an honor to lead Foot Locker and work alongside the best team in retail for nearly 30 years," said Johnson. "Together, we have built a broad house of brands and banners fueled by a shared passion for the global sneaker community. We have turned a brick-and-mortar company into an interactive retail community poised for long-term growth in the digital era. The board and I have worked closely together on a thoughtful succession plan, and with a strong foundation in place and ongoing momentum against our strategic objectives, we believe now is the right time to complete the CEO transition. We are confident that Mary is the ideal person to serve as Foot Locker's next CEO and lead the company forward. Mary has established a remarkable track record in the retail industry, and she brings an incredible mix of talent, experience and commitment to take Foot Locker to the next level."

Dillon said, "I am thrilled to be joining Foot Locker, an iconic company that possesses a strong set of values and focus on the customer experience as well as tremendous growth opportunities. It is clear how Foot Locker sits at the heart of the global sport and sneaker community, and I am excited to become part of the company's team. I look forward to working closely with Dick to ensure a smooth transition, and to partnering with the board, leadership team and nearly 50,000 team members around the world to build on Foot Locker's strong foundation and help shape the company's future."

Young noted, "On behalf of the board and the entire Foot Locker team, I extend our deepest gratitude to Dick for his dedication, leadership and outstanding contributions. It has truly been an honor and a privilege serving on the Board with Dick. He has left an indelible mark on the business, organization and sneaker community and we wish him only the best on his well-deserved retirement from the Company and next chapter of his life's journey. Looking forward, we are unanimous in our belief that Mary will be a tremendous addition to Foot Locker's dynamic and diverse leadership team. Mary's experience leading consumer-driven businesses and building robust brand portfolios, along with her commitment to culture, is deeply aligned with Foot Locker's priorities and strategy."

Young added, "Today's board and leadership transitions are the culmination of a multi-year succession planning process which mirrors our track record of active planning for board succession and adherence to governance best practices. We are confident this will be a smooth transition as the Board and leadership team continue to focus on driving value for all Foot Locker stakeholders."

Dillon has over 35 years of experience leading consumer-driven businesses in a diverse range of industries, from consumer-packaged goods to restaurants to telecom to beauty and retail. She brings deep consumer marketing and digital transformation expertise, strong operational experience, a proven track record of shareholder value creation and a demonstrated commitment to leadership development. Most recently, she served as executive chair of Ulta Beauty, after having served as CEO for eight years, and was responsible for guiding the company as it became the leading beauty destination in the U.S. and a successful omnichannel retailer with a best-in-class loyalty program. This led to revenue CAGR of 16% and the tripling of the company's market capitalization over her tenure. Previously, Dillon served as president, CEO and a member of the board of directors of U.S. Cellular, the global chief marketing officer of McDonald's Corp., and held leadership roles at PepsiCo. Dillon also has extensive public company board experience. She received a Bachelor of Science in Marketing and Asian Studies from the University of Illinois at Chicago.

Jeremy Gosch will lead Hy-Vee’s retail operations alongside Aaron Wiese, who will serve as CEO and president of Hy-Vee’s subsidiaries and supply chain as well as vice chairman of Hy-Vee’s board of directors. Gosch’s new leadership role will take effect Oct. 1, 2022.

Under Edeker’s leadership as CEO, the company has nearly doubled its sales from approximately $7 billion in 2012 to more than $13 billion in 2022, making it the 30th largest food retailer in North America.

“As I look ahead to the future, we’ve reached a point where one person can no longer hold the title of chairman, CEO and president for the entire company,” said Edeker. “We have become more than just a grocer. With our focus on health and wellness, pharmacy, restaurants, grocery, distribution and digital assets, it’s time we evolved our leadership structure to best position the business for the future, which is why Jeremy will also serve as a CEO for the company.”

This year alone, Hy-Vee has launched several new divisions and has gone national with its online retail platforms, such as WholeLotta Good, Hy-VeeDeals.com, PetShip and RedBox Rx. The company is also positioning itself for its largest footprint and growth expansion in the retailer’s more than 92-year history, which is why Hy-Vee has launched multiple national partnerships this fiscal year to improve the overall in-store customer experience and bring more value to its shoppers. As CEO, Gosch will also lead the company’s supplier relationships and brick-and-mortar expansion efforts across Hy-Vee’s current eight-state region as well as its future locations in the Southeast.

“With Jeremy’s retail and in-store experience, he has incredible knowledge of our retail business and has a strong sense of urgency to meet the challenging times we live in today,” said Edeker. “He has a great understanding of how we need to continue to evolve our company to grow, which will keep us on a path toward continued success as one of the best grocers in the U.S.”

“It’s imperative that Hy-Vee has excellent leaders overseeing the day-to-day responsibilities for both our growing retail operations and subsidiary operations,” said Edeker. “Both Jeremy and Aaron bring unique strengths to the table with complementary leadership styles that will guide Hy-Vee well into the future.”

Gosch began his Hy-Vee career as a part-time clerk at the Lantern Park Plaza Hy-Vee in Coralville, Iowa, in 1995, and spent the next 12 years moving into retail operations management roles, including that of store director at multiple locations. In 2012, he joined Hy-Vee’s executive staff when he was promoted to assistant vice president, operations, northeast region. Over the next six years, he held several executive leadership roles and in early 2018, he was promoted to executive vice president, co-chief operating officer, chief marketing officer, and later that year he transitioned into chief operating officer. In April 2021, Gosch became president, retail operations and co-chief operating officer. He was promoted to his current position in December 2021. Gosch graduated from Aplington-Parkersburg Community High School in Parkersburg, Iowa, and earned his bachelor’s degree in finance from the University of Iowa. Gosch is only the fifth president in Hy-Vee’s 92-year history.