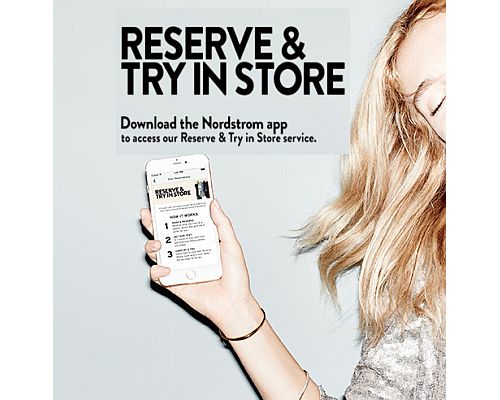 Nordstrom's business is evolving and the retailer continues to prove its capable of embracing the change to unified commerce.

Nordstrom's online business reached over $3 billion, growing 30% on an annualized basis since 2010. E-commerce represents almost 25% of the company's business now, while it was just 8% in 2010. However, the accelerated shift to e-commerce has impacted Nordstrom's overall profitability. Over the past five years, Nordstrom's spending in technology, supply chain, and marketing capabilities grew by 20% on average.

"As we evolve with changing customer expectations, our business has shifted from a four-wall model to one that supports multiple channels," explained CFO Michael Koppel. "This reflected significant investments to fuel growth over the past five years in both e-commerce and new markets."

The company plans to invest roughly $3.4 billion of capital over the next five years, approximately 4% of sales, lower than the five-year historical average of 5%, due to moderating store investments.

"With technology and supply chain as a key enabler of delivering customer experiences, roughly 40% of our plan is allocated towards modernizing our tech platform, delivering digital and mobile enhancements, and expanding our fulfillment network," said Koppel.

Additionally, as Nordstrom shifts to a cloud-based platform, its tech spending is transitioning from a build to a rent model.

On its path to unified commerce, Nordstrom began offering buy online, pick-up in store (BOPIS) in 2008, later adding curbside delivery in all U.S. full-line stores. In 2016, the company had a BOPIS store sales volume of 45%.

Now the retailer has completed the pilot of its mobile feature that gives customers the ability to reserve merchandise online and try on in stores. The company plans to expand the service to 50 full-line stores in 2017.

"Since the launch last fall in six Seattle area stores, we had over 10,000 customer reservations," said Co-President Blake Nordstrom.

"Store reserve is a good example where we can use our stores to really connect our online experiences and our store businesses in a pretty profound way," said EVP James Nordstrom. "So there's blending of the digital experience across the customers' entire shopping journey. It's a place we've been investing in for some time, and we think we're in the early innings on being able to maximize the foundation and the capabilities that we have there."

In its off-price business, the company recently added a feature in the mobile app that allows customers to scan an item and buy it online if the color or size is not available in the store. Also, the company tested a new store design at the Rack last October, which will be incorporated in most of the 17 new stores planned this year. Nordstrom brand comp sales decreased 2.7% in Q4 2016, which includes full-line stores, Nordstrom.com, and Trunk Club. However comp sales for Nordstrom's off-price business increased 4.3% gaining around 6 million new customers in 2016.

Additionally, in 2016, the company implemented its first labor scheduling tool, and will be working more on that area in 2017.

"We will also continue to enhance our digital selling tools to support new ways of serving customers seamlessly across all channels," said Blake Nordstrom.

The company saw 3.7 million customers join its expanded loyalty program through its non-tender offer, which launched in May 2016, and ended the year with 7.8 million active Nordstrom Rewards customers, up 55% from last year.

The non-tender program's success "definitely taught us that there's a lot of folks out there that would like to have a relationship with us, but don't want another credit card in their wallet, and I think that was really important to extend our relationship with our customers," said Koppel.

Nordstrom's said loyalty customers spend three to four times more than non-loyalty customers on the tender side. Koppel noted the company is working on integrating the two models on one platform. "That will allow us to continue to offer more seamless experience and also continue to see some of those customers who are on the non-tender gain greater benefit moving to tender," he said.

Geevy Thomas will head up Nordstrom's efforts to re-imagine the customer experience as the company's chief innovation officer, a new role created in January.

"He brings over 30 years of experience in many areas of Nordstrom, including full-line stores, merchandising, and most recently at the Rack," said Blake Nordstrom. "He and his team will have the ability to move quickly and boldly to find and test new solutions for serving customers into the future."