By John Haber, CEO, Spend Management Experts - 04/06/2016
Get great content like this right in your inbox.
Subscribe
The retail industry is undergoing a revolution that has left many well-known retailers reeling. Changing consumer preferences and the rise of e-commerce and mobile commerce have disrupted an industry long known for its ability to adapt and innovate. But this time retailers are finding it difficult to innovate fast enough and in a profitable manner.
The U.S. retail industry grew at an anemic 1.4 percent rate in 2015; however, online sales proved to be the star, growing close to 15 percent year-over-year. E-commerce represented 7.5 percent of total U.S. retail sales for fourth quarter 2015 and has steadily grabbed an increased share of total sales, much of which can be attributed to Amazon. Macquarie Research estimates that Amazon accounted for nearly 24 percent of all retail sales growth in the United States during this period. As it enters its 20th year, Amazon has evolved from being the "Earth's Biggest Bookstore" in the 1990s to today's "Earth's Most Customer-Centric Company" and, as a result, has struck at the hearts of noted retailers such as Sears, Macy's, Kohl's and Nordstrom.
Many retailers have responded by implementing omnichannel strategies that link physical storefronts to smartphones, tablets and laptops – though profitability has been a challenge. Nordstrom's e-commerce sales as a percentage of total sales increased from 8 percent in 2010 and are anticipated to reach 30 percent by 2020. The department store retailer has struggled from a profitability standpoint with huge variable cost increases in areas such as fulfillment and delivery. Meanwhile, Macy's, one of the earliest adopters of an omnichannel strategy, is also struggling with profitability and declining foot traffic in its physical stores. As a result, Macy's is closing department stores while introducing smaller storefronts. Kohl's is also following suit, while Sears struggles with its overall strategy just to stay in the game.
As retailers struggle, Amazon continues to expand its influence. At the rate the e-tailer is growing, Cowen & Co. predicts that by 2017 Amazon will overtake Macy's as the top apparel retailer in the United States. From developing its own private label to hosting fashion shows, Amazon appears to be doing it all, and in perhaps one of the most ironic twists, has also opened brick-and-mortar facilities.
Can retailers compete against Amazon? The answer is yes, and it all starts with customer service. Note that Amazon has moved from its original descriptor of being the Earth's Biggest Bookstore to Earth's Most Customer-Centric Company. It's all about the customer and the customer wants convenience. In order to achieve convenience, maximizing each channel effectively is important and will involve retailers embracing logistics as a core competency.
Nordstrom noted the variable costs associated with e-commerce as a concern, which is also an issue for other retailers, including Amazon. By identifying the most important data points, such as sales by channel and shipping costs by service levels, and analyzing this information, retailers can reduce many of these costs.
Retailers should take advantage of their biggest assets, which are their physical store locations. They need to perfect in-store pickups and do so quickly. In order to compete with Amazon, orders need to be ready for pickup within 24 hours. This involves implementing proven IT systems that provide real-time visibility across all channels and the ability to track inventory to ensure that inventory levels are sufficient to cover both pickup customers and walk-in buyers.
Returns policies are also critical. The ability to order online with the option to return items at the store or via free shipping creates a positive customer experience. Online retail returns, however, are typically higher than those from brick and mortars, averaging anywhere from 20 percent to 30 percent of sales. Similar to in-store pickups, speed is necessary and simple. Non-complicated and "customer-friendly" customer guidelines are a must in order to maintain a positive customer experience. Retailers need to analyze whether it's more economical to handle returns in-house or outsource them to a provider that specializes in this niche space. The entire process needs to be seamless and include communication with the customer through each step of the process.
Another logistics concern that challenges retailers is shipping costs. Free shipping and same-day delivery are great and many customers expect this convenience. However, it is costly to shippers and keeping these costs under control is difficult. Even Amazon struggles with this as noted in its quarterly financial reports. In fourth quarter 2015, its shipping costs increased 37 percent to $3.1 billion from the same period in 2014 and represented 12.5 percent of net sales versus 10.9 percent during fourth quarter 2014.
To control costs, Amazon has enhanced its Prime membership by offering free shipping to subscribers of this service. It is also building out its supply chain network to further reduce costs. For example, it has recently partnered with Air Transport Services Group to provide air freight movements throughout the United States. It has built sortation and fulfillment centers to speed up the delivery process and it continues to manage its relationships with delivery companies including FedEx and UPS along with regional carriers and the U.S. Postal Service on a regular basis. In addition, it provides its own delivery services via Amazon Fresh and Amazon Now and is trialing crowd-sourcing delivery options as well as drone delivery.
Managing shipping costs is extremely important. Retailers need to understand not only their costs but also alternative solutions. Optimizing shipping service levels and options is critical. In addition, understanding the more than 300 surcharges that can be included in a shipping invoice is equally important. Retailers need to take charge of their shipping costs.
Providing excellent customer service is critical for retailers to compete effectively against Amazon. In order to provide excellent customer service, retailers will need to successfully link each channel and align supply chains across all channels in a seamless manner. Retailers will need to be great communicators and respond quickly to meet customers' expectations to remain competitive. 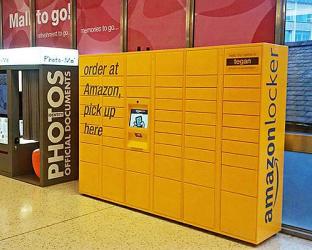 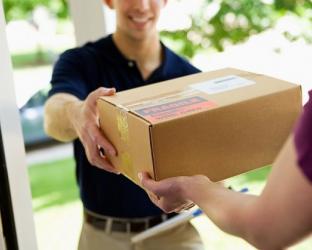 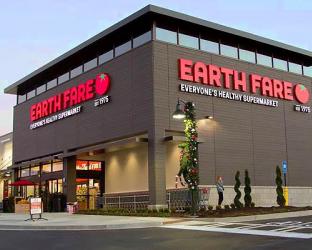 Latest Retail News
Three Supermarkets Collapse in a Week: Turmoil Ahead for Grocers 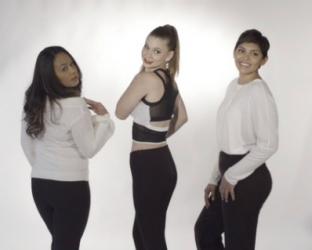 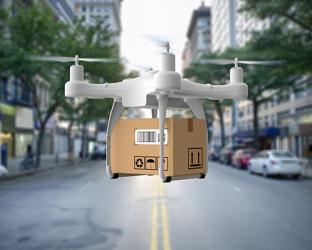