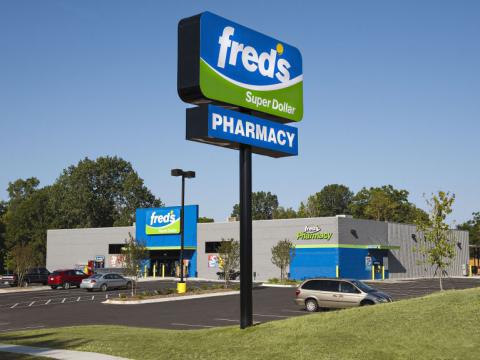 In the US, year-to-date announced closures have already exceeded the total we recorded for the full year 2018. Coresight Research estimates announced US store closures could reach 12,000 by the end of 2019.

U.S. announced store closures have already exceeded the total closures for 2018. What’s worse, if they continue at this pace store closures could reach 12,000 by the end of 2019.

So far this month, discount chain Fred’s announced it would shutter another 129 retail stores and Charming Charlie filed for bankruptcy for the second time in less than two years with plans to close all of its 261 stores.Dressbarn also just announced that its wind down continues to progress as it has commenced store closing/inventory clearance sales at 53 stores that will close by the end of August.

Fred’s said it will close the stores, its fourth round of closings, and hold clearance sales across all locations in an effort to refocus its product mix, simplify its store portfolio and repay debt. The chain has closed some 300 stores during the past few months. When completed, Fred's will have approximately 80 retail stores remaining, centered primarily around the company's distribution center in Dublin, GA.

“While it is never easy to make decisions that impact our valued employees and customers, this initiative represents another necessary step in our continued efforts to stabilize our business by simplifying our store portfolio and product assortment,” said Fred’s CEO Joseph Anto. “We are pleased to present our loyal customers the unique and compelling opportunity to purchase heavily discounted items for a limited time. We encourage shoppers to take advantage of these unmatched deals, and stock up on items that may be permanently removed from Fred's shelves, come August."

Fred's also noted it may evaluate re-launching certain closed stores in the future under a new operating model, with an updated assortment. The company expects the proceeds from the inventory clearance sales will be used to repay outstanding indebtedness under its revolving credit agreement.

Going-out-of-business sales are already underway in many Charming Charlie locations, with all stores expected to close by the end of August. The retailer’s e-commerce site has already stopped taking orders.

In the court filing, the retailer reported it faced “unsustainable operating expenses, including onerous leases.”

The retailer previously filed for bankruptcy protection in December 2017, and subsequently closed about 100 stores. It emerged in April 2018 with new owners. In its most recent bankruptcy filing, Charming Charlie said that its previous effort at restructuring its operations and debt “were simply not sufficient to stabilize the debtors’ businesses and ensure long-term profitability.”

It has been reported that more than 3,000 Charming Charlie full- and part-time employees could lose their jobs.

Ikeaalso announced this July it is closing its only production facility in the U.S.

The Swedish home furnishings giant will end production this December at its manufacturing plant in Danville, VA, and move the operations to Europe. The facility opened in 2008 and employs about 300 people. Ikea cited costs for the decision. 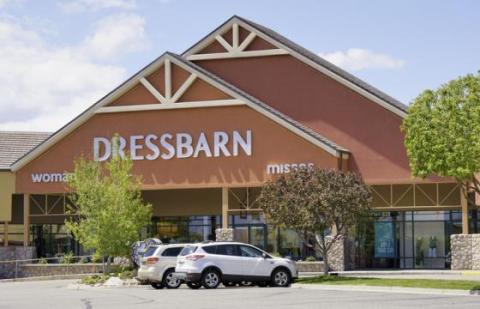 Dressbarn, owned by Ascena Retail Group, also just announced its wind down is progressing according to plan. The retailer previously announced all its 650 storesare expected to close and now says this move will be complete by the end of 2019.

“We have received overwhelming landlord support for our plan, which will allow us to implement our wind down in a manner that provides the best recovery for our landlords,” said Dressbarn CFO Steven Taylor. “Further, we are current, and expect to remain so, with our vendors and suppliers.”

Dressbarn has started store closing or inventory clearance event sales at 53 stores slated for closure by the end of August.

“We encourage customers to take advantage of deeper discounts, shop early for the best selection, and use any outstanding gift cards,” said Taylor.

The company has engaged Gordon Brothers Retail Partners to assist with the eventual closure of all stores and said it continues to ensure the receipt of fresh inventory for the balance of the process through close collaboration with its vendor and supplier network.

Additionally, Pier 1 Imports said at the end of June it is looking to close some 57 locations in its current fiscal year, higher than the chain’s previous estimate of 45, which it gave back in April. It also said at that time the store closure number could rise to up to 15% of its portfolio if Pier 1 misses performance goals, sales targets, and reductions in occupancy costs.

“We are in active discussions with our landlords,” said Cheryl Bachelder, interim CEO, on the company’s quarterly earnings call. “Where we have not seen landlord participation, we have begun our store closing program as we said we would.”

Arcadia Group, the London-based parent of the Topshop and Topman, closed its 11 U.S. stores at the end of June. The company filed Chapter 15, the part of the U.S. bankruptcy code that deals with foreign insolvencies, listing its assets at $53 million and debt at $179 million.

The retailer plans to close approximately 45 of its 870 Party City locations in 2019, a higher number than usual. The store closures will take place throughout the year.

CVS has said it’s planning to close 46 underperforming stores in its second quarter, while it is looking to expand its HealthHub store pilot.

The retail announced in June it will operate 1,500 HealthHUBs by the end of 2021 and open additional HealthHUBs in Houston, Atlanta, Philadelphia/Southern New Jersey and Tampa this year.

Kohl’s Corp. is shutting down all four of its Off/Aisle discount stores.

Apparel retail giant Gap Inc. will shutter 230 Gap brand stores over the next two years. At the start of 2018, the Gap brand had 725 stores worldwide. After the closures, which include 68 stores it closed this year, the chain will be down to roughly 427 stores or 41% of its total fleet.

Payless ShoeSource — which was once the most successful family-owned business in the country — shut doors.The retailer filed for Chapter 11 bankruptcy protection in February as it prepared to wind down its approximately 2,500 store locations in North America and its e-commerce operations.

Signet Jewelers Limited said in April it expects to close more than 150 stores in its Fiscal 2020.

Bed Bath & Beyond announced it’s closing “a minimum” of 40 stores, as it shifts focus to open 15 new Next Generation Lab.

Debt and plunging sales in the tricky teen fast-fashion segment drove Charlotte Russe into liquidation. The retailer announced in March "going out of business" sales at more than 400 stores.