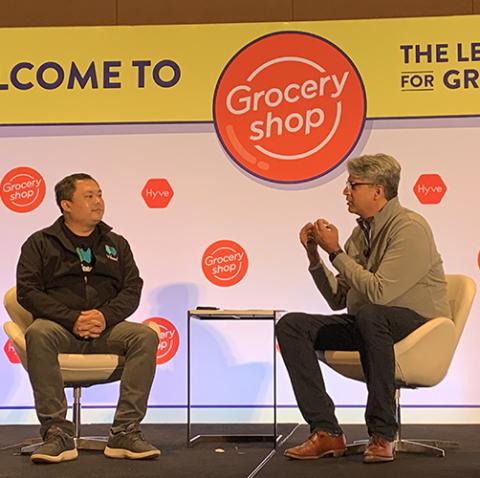 The future of grocery not just data-centric but also video-centric, according to Weee co-founder and CEO Larry Liu, with some gamification thrown in for good measure.

Operating with a mission to evolve grocery shopping from a mandatory chore into a fun and very, very social experience, the Weee online grocery marketplace is leaning into gamification, automation and user-generated content as it capitalizes on its exponential growth.

As part of this, it’s investing in its fulfilment capabilities to further differential itself from other grocers, as well as marrying social media and content with commerce, to provide customers with an avenue to share and discover products their family and friends also enjoy. The company raised $315 million in financing in March, led by existing investor DST Global.

[Related: Retaining the New Consumer Through the Power of Technology]

A niche retailer for the Asian and Hispanic markets, Weee operates with a flywheel that, on one side, incorporates differentiated products that can be difficult to find or source — “The more such products we have, the more customers,” noted Liu at the Groceryshop trade show in Las Vegas last week — as well as low-cost staple items to cement itself as a one-stop shopping destination and primary source of groceries for its target communities.

The other side of the flywheel is Weee’s secret sauce, which is providing a discovery experience. Whereas grocery e-commerce is primarily a search-based experience, Weee’s customers often visit the website without knowing what they want to buy. Instead, they view what their friends and family are purchasing, as well consume a wealth of user-generated content.

The company currently has over 700,000 video and photo reviews on its site, with customers adding hundreds of new videos every day. To seize on this momentum, it’s investing heavily in video, including TikTok, to become a video-first company.

Over three-quarters of all Weee users were acquired organically rather than through ads, said Liu, and ultimately, they want customers visiting the website every single day — not just when they want to make a purchase.

To encourage this, Weee adds new products frequently — more than 100 new products per week — and carries items often not viable to be carried by box stores, such as highly delicate items unable to withstand handling in stores.

Shoppers can also share their basket orders with friends and family after being placed, something that over a third of monthly active users do. Weee has built gamification to the experience, and those order shares have directly contributed 18% of revenue.

Looking ahead, Weee is expanding into more cities, growing beyond its current core Asian and Hispanic communities into additional groups, and scaling its organization. It’s also expanding merchandising from today’s mostly perishables items to more non-perishables, as well as some non-food categories.

By building out its own next-day delivery network — Weee currently has seven distribution centers across the U.S. — it’s lowering fulfillment costs thanks to a more efficient cost structure vs. store and third-party delivery. Organizationally, Weee is scaling up from 1,500 employees into a company with a performance culture, and it welcome a trio of new leadership earlier this month: Amanda Oren as VP, merchandising services and planning; Judy Phyo as VP, corporate controller; and Nitin Jain as VP, financial planning and analysis.

“Celebrating life through food is what we really believe that we should do,” Liu said, “and everyone should see food not as a source of energy, but as the source of a key component that makes their life interesting.”